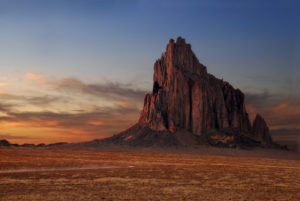 The sovereign wealth fund, which has $2.51 billion private equity portfolio, was set to invest up to $650 million per year in the asset class. This has been reduced to up to $400 million as per its FY 2020 Annual Investment Plan.

So far this year, the $25.26 billion investor has committed $225 million across three funds. Its director of private equity, David Lee, said at the fund’s 27 August board meeting that its requested $100 million commitment to the $17.5 billion Advent International GPE IX had been scaled back to $50 million due to oversubscription.

Charles Wollmann, a spokesman for SWF, told Private Equity International that the earlier private equity investment pacing target had been appropriate when New Mexico SIC had been expanding its private equity portfolio from 10 percent to 12 percent and there was a “consistent oversize return of capital”.

Portfolio company exits are slowing and that has translated into a lower return of capital on a relative basis. Wollmann said the late market cycle and lowered return expectations meant there was “a reluctance to charge ahead with the same confidence that existed under the outlook we had a few years back”.

Last year SIC made $285 million in commitments, compared with a target range of $550 million to $650 million, and missed out on some fund opportunities. “We found ourselves in that situation because the best GPs do have their pick of LPs,” Lee told sister publication Buyouts.

New Mexico SIC has been working to build a private equity portfolio with a core group of 30 managers and about 75 to 100 funds. According to documents from the August meeting, the sovereign fund has around 24 managers and 114 active funds, of which 60 vehicles are 2007 vintage or older.

Lee said at the meeting that the focus had been on well-known managers that had experienced different market cycles. Recent commitments include funds from Vista Equity Partners, Bridgepoint, JMI Equity, Hellman & Friedman, Platinum Equity and TA Associates.

Lee also said at the meeting that the sovereign fund was cautious of high valuations and high leverage, and that it was seeking funds focused on buy-and-build rather than just financial re-engineering.

New Mexico SIC’s private equity portfolio is generating the highest returns among all the sovereign fund’s asset classes over one- and three-year timeframes. It underperformed against its benchmark over the 10 years ending 30 June by delivering only 10.73 percent, compared with the Cambridge US Private Equity Index return of 14.34 percent.

The long-term performance of private equity has been affected by the poor performance of many funds with pre-2011 vintages, a period when pay-to-play considerations were likely to have had a negative impact on the selection of managers and funds. Buyouts reported that New Mexico SIC had dismissed consultant Aldus Equity in 2008 in the wake of a pay-to-play scandal that embroiled the sovereign fund, and that it had stopped making new commitments for a brief period in 2009 and 2010 in the wake of the scandal.