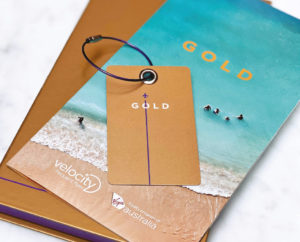 Having first led the carve-out from Virgin, restructuring the organisation from a business division within an airline into an independent, autonomous business, Affinity set about expanding the opportunities for the loyalty programme’s members to earn points as well as broaden redemption offers available beyond flights. This included a new partnership with energy company BP enabling members to earn and redeem points at fuel stations, as well as partnerships with Flybuys, the loyalty programme belonging to the second largest retailer in Australia.

Partnerships were also established with China’s HNA Group, which was introduced to Virgin Australia by Affinity, as well as with TEG, then an Affinity portfolio company. The latter partnership gives members access to exclusive event offers and pre-sale tickets.

Critical to this transformation was Affinity’s approach to human capital. The firm identified 20 strategically important roles in the organisation and led the recruitment initiative, including recruitment of the c-suite. In addition, Affinity recognised the value of Velocity’s database and invested heavily in data analytics to drive engagement through tailored points-earning and points-redemption opportunities. As part of that process, Velocity acquired Torque Data. The company’s management team and Affinity evaluated more than 100 different prospects before deciding on the data analytics business as the best fit for Velocity.

Indeed, creating a culture that embraced data and cutting-edge technology was fundamental to Affinity’s vision for value creation. Velocity launched its mobile app in 2018, as well as refreshing its website, driving incremental points earning and points redemption activities, as well as enhancing marketing capabilities for the company’s partners.

Another significant move for the business was its relocation from Brisbane to Sydney, together with the consolidation of divisions into a single location. Enhancing Velocity’s environmental, social and governance credentials was also key. Business partnerships were designed to use the ‘power of points’ to reward members for socially conscious choices, for example electing to purchase energy saving plans and solar power. In 2018, the company also established a points partnership programme with Envirobank, a recycling business.

As a result of these efforts, Affinity grew its membership base by 2.5 times, from four million to over 10 million. It also substantially diversified its revenue base over its five-year holding period, delivering compound annual growth rates for revenue and EBITDA of 17 percent and 16 percent, respectively.

The judges praised Affinity’s investment in human capital and its introduction of resources from other Affinity portfolio companies. They were also impressed with its ESG efforts, as well as the innovative and creative operational development displayed, which resulted in strong growth numbers.