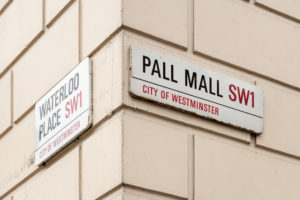 Permira, the global private equity manager, has held the final close on its seventh flagship buyout fund on its €11 billion hard-cap.

The London-headquartered firm began fundraising for Permira VII in January, according to a statement. The fund is more than 50 percent larger than Permira VI, a €7.25 billion 2016-vintage, and is the third-biggest fund to close this year.

Prior to Fund VII, North American and European investors accounted for 47 percent and 30 percent respectively of the €33 billion of committed capital Permira had raised since 1985, when the firm was known as Schroders Ventures, according to its website.

Permira has committed to two investments from the vehicle, the statement noted. The firm, which targets the technology, consumer, financial services, health care, industrial tech and services sectors, has more than 30 companies in its portfolio, according to its website.

In June the manager raised $1.7 billion against a $2 billion target for its Growth Opportunities Fund targeting minority stakes in tech-enabled businesses, according to PEI data. The Growth fund was also backed by CalPERS and CalSTRS, in addition to State of Michigan Retirement Systems.

Permira ranked 18th in this year’s PEI 300 having raised $16.4 billion over the previous five year period. It employs more than 250 people in 14 offices across Europe, the US and Asia, including Paris, Tokyo and New York.