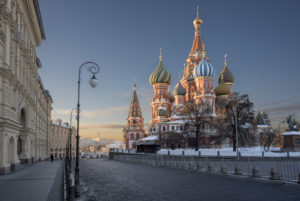 The Moscow-headquartered firm has been in the market for around four weeks, according to a source familiar with the matter. The vehicle, if successful, will be marginally larger than its immediate predecessor, a $550 million 2014-vintage fund, per PEI data.

The source added that Asian and Middle Eastern investors are expected to play a more significant role in Fund III, given the current geopolitical climate. European and US investors respectively account for 42 percent and 27 percent of the firm’s $1 billion of existing assets under management. Investors from Asia and the Middle East make up 17 percent.

Western investors may be deterred by the February arrests in Russia of Baring Vostok founder Michael Calvey and three colleagues over a dispute relating to one of the firm’s portfolio companies. Calvey will remain under house arrest in the country until at least January.

Global placement agent MVision is understood to be assisting with the fundraise.

The source said that Elbrus Capital Fund I, a $324 million 2008-vintage vehicle, has four remaining assets and is expected to be liquidated by early 2020. It has 0.8x gross TVPI.

Fund I started life as a $600 million vehicle when the firm was part of Renaissance Partners, a captive unit of Renaissance Group. Elbrus spun out in 2009 and restructured the fund to allow limited partners to modify their commitments.

According to the source, Fund II is running at a 20 percent gross internal rate of return and 2.3x multiple of capital. Its portfolio includes e-commerce business Westwing, pharmaceutical manufacturer Active Component and beverage company Great Beer Holding, according to Elbrus’s website.

Elbrus made headlines in May after listing Russian recruitment business Headhunter, which it owned alongside Goldman Sachs, on NASDAQ. The source noted that the firm had sold 23 percent of the business at an 8x gross multiple of invested capital and retained a 37 percent stake at a multiple of more than 10x.

Russian private equity deal values reached $572 million across seven transactions in H1, with spending on track to exceed the $797 million deployed across 19 deals last year, according to the Russian Venture Capital Association. State-backed funds were responsible for 73 percent of investments in H1 and 78 percent throughout 2018.

Much of this spending has been driven by the $10 billion Russian Direct Investment Fund, which was created in 2014 after the US, the EU and their allies imposed economic sanctions on Russia in response to its annexation of Crimea.