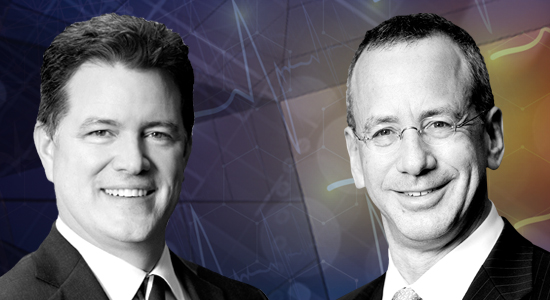 Some big people move news to report this morning: Jeff Hammer (pictured, right) and Paul Sanabria, (pictured, left), co-heads of Houlihan Lokey’s illiquid financial assets unit, have left the bank. The pair made a name for themselves by working on some of the more complex (read: hairy) liquidity deals of the last two decades, most recently the restructuring of two credit funds managed by Bain Capital. It’s unclear where the pair are headed next but we hear they’re considering both advisory and buyside opportunities.

Canada Pension Plan Investment Board is in pole position to back a secondaries deal involving TPG’s second growth fund, sister title Secondaries Investor is reporting. The pension giant will give LPs in the 2011-vintage $2 billion TPG Growth II fund the option to cash out in an Evercore-advised process. Pricing details are unclear but if recent secondaries pricing conditions are anything to go by (most PE fund stakes are trading at low single-digit discounts or par to NAV), LPs will have a tempting offer on their hands.

Robert Reid, a senior managing director at Blackstone, left the firm early this month to pursue other interests, per sister title Buyouts Insider. Reid joined Blackstone in 1998 and helped lead the firm’s London office in 2012 alongside senior MD and head of European PE Lionel Assant. It is unclear where Reid is headed next.

17Capital’s largest raise. Preferred equity powerhouse 17Capital is back seeking €1.8 billion for its fifth fund, a 50 percent increase on the amount raised for its predecessor. Pref – a tranche that sits between equity and debt in the capital structure – gives LPs access to liquidity without them having to sell portfolio stakes. In a June podcast with Secondaries Investor, 17Capital founder Augustin Duhamel said it could be a boon during an economic downturn, giving LPs an alternative to having to sell stakes at a steep discount. His firm saw close to $10 billion in dealflow last year.

California (bad) dreamin’. CalSTRS has fallen short of its 7 percent return target, delivering a net ROI of 6.8 percent for the year to 30 June. Private equity was the top-performing asset class, delivering 10.5 percent and beating its 9.6 percent custom benchmark. CIO Chris Ailman says it was a “rollercoaster year” and a “very challenging environment in which to generate returns”, praising the pension plan’s in-house investment team for delivering “very close” to the assumed rate of return despite instability of the market. It is not the only giant pension to miss its benchmark.

Cali capital. Sacramento County Employees’ Retirement System has made a $20 million commitment to New Enterprise Associates 17. Here’s a breakdown of the $9.51 billion US pension’s target alternatives allocations. For more information on SCERS, as well as more than 6,700 other institutions, check out the PEI database. 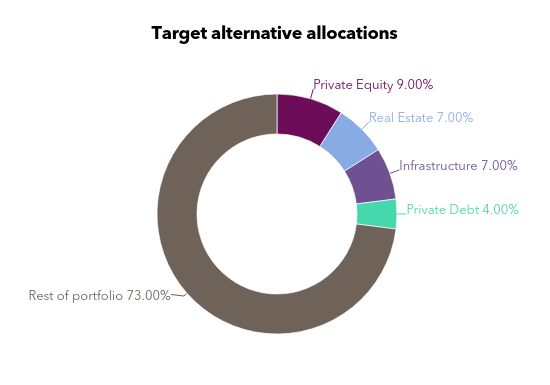 “We’re seeing [PE fund managers] use a much-discredited playbook: cut costs, take out cash for their own short-term benefit, add little genuine competitive value and then slash jobs and worker benefits in a desperate bid for greater operating cashflow.”

Leo Hindery, PE investor, co-chair of the task force on jobs creation, and a member of the Council on Foreign Relations, argues in favour of Elizabeth Warren’s Stop Wall Street Looting Act in a Fortune op-ed.