How risky is your secondaries portfolio? 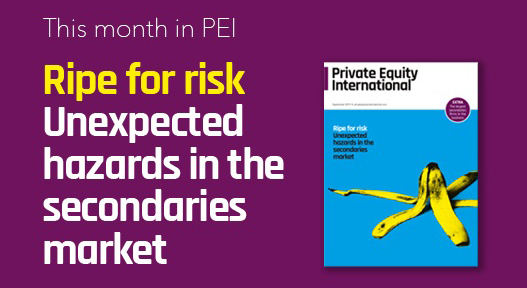 If you think PEI has gone a little secondaries crazy of late it’s because of our September secondaries special (above). We’ve spent the last few months talking to all corners of the secondaries market for our Deep Dive on risk and will be sharing what we’ve discovered with you over the coming days. First up: currency volatility, concentration risk and the overuse of leverage. According to data from Triago, the proportion of secondaries deals that employed leverage last year rose to 38 percent from 23 percent a year previously. The amount being used in a given deal averaged 52 percent, passing the halfway point for the first time.

Investors we spoke to are concerned. “Everything goes well as long as the companies are doing well and the cashflows are developing well, but it’s going to be a problem in the case of a downturn,” says Philippe Roesch, managing partner at private equity advisor RIAM Alternative Investments. Find all our insight and analysis here.

UK giant Permira is nearing a close on its seventh buyout fund, which has surpassed its €10 billion target, as reported by Bloomberg (paywall). The fund launched in January and has received backing from CalPERS, Texas Teachers and Fubon Life Insurance, PEI data show. The haul is a nice step up for the firm, which raised €7.25 billion for its previous vehicle two and a half years ago.

Succession issues have become something of a trope in Australian private equity, and with good reason. CHAMP PE, one of Australia’s oldest private equity firms, has successfully navigated these traditionally perilous waters. Its decision to rebrand as CPE Capital last week caps a decade-long transition of leadership from its founders Bill Ferris and Joe Skrzynski to chief executive John Haddock. PEI takes a look at how CPE avoided Australia’s succession curse.

Tap that HNWI capital. The latest firm to attempt to tap the HNWI market is FlowStone Partners. Launched by ex-Landmark Partners veteran Scott Conners, the firm has set up a vehicle that will allow individuals to access private equity through a closed-end, non-exchange-listed vehicle called FlowStone Opportunity Fund, as reported by our sister title Secondaries Investor. The vehicle will follow a primary/secondaries fund-of-funds strategy plus co-investments. Launched with $30 million in capital, Conners has a lofty $2.5 billion target within 10 years.

Who watches the watchmen? Limited partners are understandably wary about how their managers use leverage. In future, these concerns might be reciprocated. In anticipation of an impending downturn CalPERS is developing a plan to help mitigate the impact of a major drawdown. One possibility is leveraging its portfolio. The pension’s deliberations have put the spotlight on a lesser discussed aspect of institutions’ investment policies: to what extent does leverage, systemically adopted at the fund level, play a role in portfolio construction? Sister title PERE’s Arshiya Khullar explores.

Maine ups its PE. Maine Public Employees Retirement System increased its exposure to private equity to 15.1 percent at the end of Q2 from 14.5 percent one quarter previously. MainePERS increased its allocation to three other alternative asset classes between Q1 and Q2. For more information on the $14.8 billion pension, and more than 5,900 other institutions, check out the PEI database. 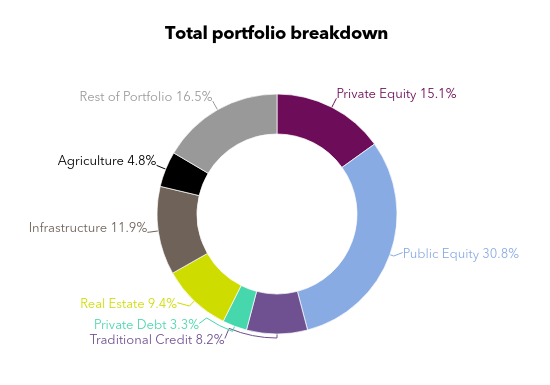