The new offering is slightly larger than its predecessor. Astrea V comprises $1.3 billion in net asset value of funded commitments and $215 million of unfunded capital commitments across 38 private equity funds, according to a prospectus. Astrea IV had $1.1 billion of NAV and $168 million of uncalled capital across 36 funds.

Azalea will issue $600 million of bonds, of which S$315 million ($228 million; €204 million) will be less risky Class A-1 bonds. Astrea IV included S$240 million of A-1s, of which half were offered to retail investors from S$2,000. It is unclear how many Class A-1 bonds will be made available to the public in Astrea V.

In 2017 Temasek acquired stakes on the secondaries market with the intention of using them in Astrea IV, sister publication Secondaries Investor reported at the time. These included interests in buyout funds it bought from Canada’s British Columbia Investment Management Corporation.

– This article has been updated to show that Astrea V will be $600 million, rather than S$685 million. 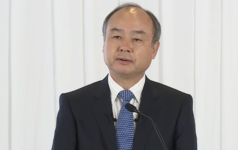