As the private equity market matures, the way firms award compensation is evolving.

“Year to year, the changes are not dramatic,” says Mike Holt, founder and managing director of Holt Private Equity Consultants, who has been tracking private equity compensation trends since 1980 and producing an annual report since 2002. Holt is the author of one of two private equity and venture capital compensation reports, covering North America and the UK/Europe respectively, published by Holt Private Equity Consultants, MM&K and PEI Media.

He highlights two key compensation trends in the PE industry. First, salaries and bonuses for private equity are growing, and at a faster rate than in the overall market; second, carried interest is increasingly being distributed downwards and outwards within firms.

Between 2018 and 2019, the size of the median salary and bonus package grew across all job titles, both in North America and in Europe, continuing an upward trend which has been present in the North American private equity market since 2010.

The highest growth was seen for employees below partner level, with many of the most senior partners receiving little or no increase to their combined salary and bonus package.

The increase in salary and bonus packages has arisen partly as a result of the current state of the private equity market. “One of the problems with buyout firms is that while they have the capital to do deals, they don’t seem to be very good at exiting them,” says Nigel Mills, director at MM&K and author of the report for Europe and the UK. “What that means is that the hold period for buyout is lengthening, making it more difficult to hit those IRR hurdles.”

According to a report from PwC, 2019 saw just over 1,000 exits by private equity firms in North America – the lowest figure since 2011. Combined with high levels of fundraising, this has resulted in a significant amount of dry powder globally. As portfolio company holding periods increase, so too does the time taken to pass the hurdle rate, leading to lower income from carried interest for firms.

If the current trends continue, says Mills, firms may find themselves having to evolve, adapting the way that carried interest plans are structured, “so that typical hurdle rates are no longer IRR-related, but more money-multiple related”.

The increase in the size of salary and bonus packages is symptomatic of growing competition for quality private equity hires.

The global number of private equity firms coming to market has skyrocketed: the number of funds in market as of January 2020 was 3,361 seeking a combined $781 billion, according to PEI data. While the amount of capital to invest has grown, the pool of candidates with relevant experience, skills and qualifications has not kept pace. “The levels which seem to have done the best in terms of salary increase are the associates and analysts,” says Mills. “That’s where the competition for talent is at its hungriest.”

“Private equity firms will typically hire junior talent from investment banks, where overall cash compensation can be higher than entry-level renumeration in private capital firms,” says Tom Thackeray, a principal at executive search firm Heidrick & Struggles’ private equity practice. “While this does not always dissuade talent from joining, it is a consideration that is taken into account by high performers.”

“When I first started recording compensation data, you had to be a partner to earn carried interest,” Holt says.

While increasing the base salary and bonus packages on offer can certainly attract new hires and help retain old ones, firms are increasingly distributing carried interest more widely throughout the firm. “More carry is being awarded further down,” says Mills. “Relatively speaking, there is less carry being awarded to partners. It’s a tweaking but it’s not a fundamental shift.”

Carried interest, in addition to providing an incentive for employees, has the added benefit of enabling firms to ‘lock in’ executives, according to Thackeray. The nature of carry as a long-term commitment discourages staff from jumping ship.

In 2019, 30 percent of North American firms and 37.5 percent of UK and European firms allocated carry to non-partner administrative/support staff.

However, despite an overall trend in the direction of more equal carry distribution, the median carried interest allocation for partners was still significantly higher than that for non-partners. Last year in Europe and the UK, an average of 66 percent of a fund’s total carry was allocated to partners and managing directors, and 26 percent was distributed among non-partners. 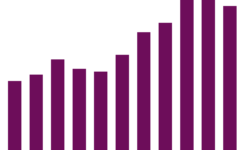 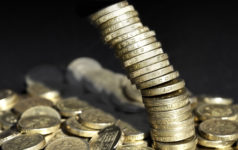 Private Equity News & Analysis 3 hours ago
Added to your Saved Articles
Loading
Unsave Article
Please confirm you would like to remove this article from your saved articles.
Share with other subscribers
Only logged in subscribers of this site will be able to access the shared article.