Essling Capital, a French private equity firm, has hired Amundi Private Equity’s entire fund of funds team, as it prepares to launch its debut vehicle dedicated to the strategy.

The team is led by Jean-Yves Lagache, who takes the title of managing director, and includes Nizar Chayeb as investment director, and Cédric Cabarrus and Sandra Saad as senior investment managers.

As part of the move, the Amundi team is bringing its institutional investor base to complement Essling’s, which comprises private investors and family offices.

“After spending more than 10 years in a large organisation, we wanted to be part of an entrepreneurial adventure, allowing us to be closer to our clients and more flexible to their needs,” said Lagache.

Essling plans to launch its first fund of funds vehicle by the end of the year, Private Equity International understands.

Essling’s chief executive Michele Mezzarobba told PEI the fund will have a similar structure to the firm’s co-investment vehicle, which it started raising in April with an undisclosed target.

That fund is designed to be flexible and provide more liquidity to investors than the typical private equity fund. It has an investment period of 12 months and if any capital is not invested, it will be returned to the investor. Investors only pay fees on invested capital.

All of Essling’s funds have a hurdle rate of 7 percent, PEI reported in April.

“The problem for us is that we need to raise money on a yearly basis and not every five years,” Mezzarobba said. “But we are taking on this challenge because we think we have something to offer in this space.”

The fund of funds will have a secondaries and co-investment pocket, the sizes of which has not yet been decided, Mezzarobba said. Essling expects to raise between €500 million and €1 billion for its fund of funds vehicles over the next three to four years.

Essling spun off from Paris-based investment manager Massena Partners in April. It brought with it €1 billion in private assets under management, with the aim of doubling that within three years. 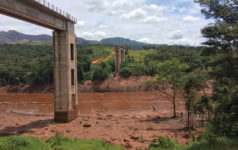 Fundraisers 5 hours ago
Added to your Saved Articles
Loading
Unsave Article
Please confirm you would like to remove this article from your saved articles.
Share with other subscribers
Only logged in subscribers of this site will be able to access the shared article.