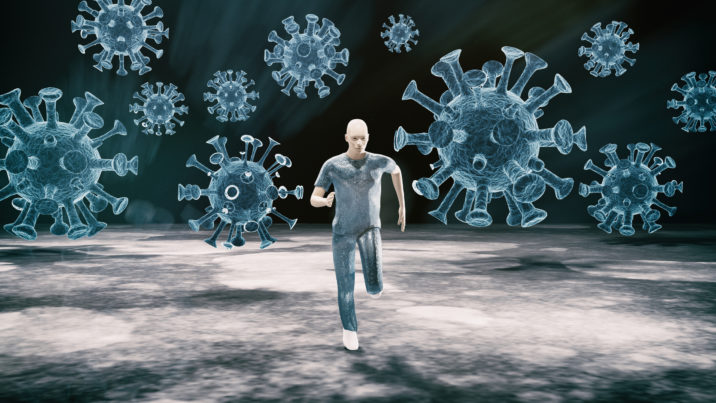 The coronavirus-induced market downturn could have a major impact on limited partner co-investments, shining a bright light on the stark divide between LPs with sophisticated operations and those approaching opportunities in a more haphazard, one-off manner.

Some LPs have set up sophisticated co-investing operations led by specific individuals. Others get direct exposure by committing to co-investment funds that take stakes in companies alongside a manager’s regular funds.

But some LPs just dipping their toes into the co-investing pool pursue one-off opportunities that arise from their trusted GPs. This gives the LP direct exposure to specific companies, but has the risk of not providing the investor with a portfolio of co-investments diversified across sectors, geographies and sizes that could cushion the failure of an individual company.

“I would be worried if your co-investment strategy was a rifle shot approach … so large, concentrated commitments into a handful of companies,” said an LP with a large public pension. “The concentrated, large-cheque approach of some LPs is going to expose them to chance. Through no fault of their companies they will be either lucky or unlucky.”

LP co-investment has exploded in popularity over the past few years as big investors sought ways to gain easy direct exposure into businesses being pursued by private equity firms without having to pay fees.

With the sudden economic shock of the pandemic, co-investment opportunities have dried up along with the broader deal environment, sources told sister title Buyouts in recent interviews.

But many LPs will continue to seek opportunities to invest alongside GPs into deals, which gives them direct exposure to specific companies with no fees attached.

In fact, the upcoming environment, once the initial coronavirus market shock fades, could be exceptional for M&A in general, with co-investing a part of that. Historically, performance of funds that invested after market crashes, into recessions, have been strong, sources said.

And, if fundraising slows down, preventing many GPs from raising new capital for some period of time, LPs may see a plethora of new co-investment opportunities as firms seek capital for attractive investments, according to Andrea Auerbach, global head of private equity at Cambridge Associates.

“We’re heading into a period where co-investing could be very productive,” Auerbach said.

“If you’ve been pursuing co-investments in an ad hoc nature, not a programmatic nature, the resulting portfolio may not be anchored with a return profile that you actually were going for in a programmatic way,” she said.

“There’s so much volatility that a lot of LPs want to take advantage of prices and put money to work. But before that, they need to figure out what’s going on in their existing portfolio and make sure they have a good grasp of how healthy their portfolio is”
Jeffrey Eaton, Eaton Partners

Risk will be enhanced for those LPs with only a few, concentrated bets in sectors that have been damaged by the pandemic shutdown, like hospitality, retail and even infrastructure investments involving airports and ports, said an executive with a separate LP consultancy.

On the other hand, direct exposure into other types of companies like urgent-care centres could prove to be big winners in this environment, the executive said.

“This is all a matter of duration. If [the shutdown] goes longer than two months, it’s going to do major damage to the private equity industry,” the executive said. “If it goes past June or July from now, there’s going to be a lot of companies that don’t survive.”

Many major limited partners have extensive co-investment programmes they’ve built over years based on policies with specific financial goals. LPs with these types of programmes are ready to deploy into the down market.

“There’s still interest there, generally speaking. There’s so much volatility that a lot of LPs want to take advantage of prices and put money to work. But before that, they need to figure out what’s going on in their existing portfolio and make sure they have a good grasp of how healthy their portfolio is,” said Jeffrey Eaton, partner at placement agency Eaton Partners.

Florida’s state pension system, for example, has run a co-investment programme through Lexington Partners since 1998, according to John Bradley, senior investment officer in private equity with Florida State Board of Administration.

Florida committed $3.5 billion to the programme since inception, investing alongside GPs in the portfolio as well as external managers, Bradley said. The portfolio’s market value as of 30 September, 2019 was $1.1 billion and represents an 8 percent allocation within the system’s 10 percent private equity target allocation.

“The current portfolio is well diversified with no outsized exposure in any one company or sector. The portfolio today has investments in over 200 companies,” Bradley said.

Massachusetts Pension Reserves Investment Management Board expanded its co-investing programme in 2019, doubling its annual pacing to 20 percent of its private equity allocation, according to research from PEI. As of June 30, MassPRIM’s $300 million co-investment portfolio, launched in 2014, accounted for 3.5 percent of the system’s $8.5 billion private equity program, PEI said.