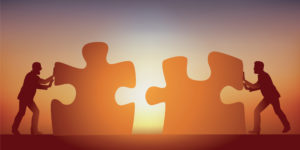 Emerging markets investment often follows a predictable cycle. Development finance institutions clear the path for private investors, who enter the market tentatively at first, then with gusto. For a while fundraising is healthy, general partners go about constructing their portfolios and a handful of successful exits take place. Then there is a crisis, international investors run for the exits, and DFIs are left to rebuild.

The covid-19 crisis is the most serious yet. According to a June report by the OECD, inflows of private finance into developing economies could drop by $700 billion in 2020 compared with the previous year – exceeding the drop seen after the global financial crisis in 2008 by 60 percent. Public debt is rising as governments spend to mitigate the impact of the virus and local currencies remain weak against the dollar, limiting the scope of domestic spending to replace the lost FDI.

“No single source of financing will be enough to close the covid-19 financing gap,” the OECD report concludes. “It will require co-ordinated policy responses across all sources of the finance mix to ‘stop the bleeding’ and avoid a collapse of financing for development.”

The need for capital is clearly there: are private equity investors willing to provide any of it? The largest, most established emerging markets managers continue to see steady appetite from LPs, according to several sources Private Equity International interviewed for this piece. However, investors’ focus has narrowed around real-asset-backed investments with steady, predictable yields in sectors such as power, energy, telecom towers and data centres.

Investor demand has been “pretty robust”, says partner Neil Brown, while acknowledging that fundraising for markets such as Africa has become harder in the past five years. “Similarly doing deals,” he adds.

For newer GPs, those with a mixed record, or those that target sectors such as consumer discretionary, fundraising has been especially difficult – mirroring the situation in the US and Western Europe. There are some notable exceptions in East Asia, PEI understands, with markets such as Vietnam hardly touched by covid-19 and benefiting from FDI that might have gone to China before its trade war with the US.

“There has been a flight to quality,” says John Owers, director of African funds and capital partnerships at development finance institution CDC Group. “For new managers it is as hard as it’s ever been [to raise funds]. It’s much easier for managers that have been around a long time, that are used to working through crises such as currency shocks and the Arab Spring.”

Emerging market fundraising was beginning to recover after a moribund 2013-17, when currency devaluations and concerns around exits caused investors to withdraw. In 2018, 18 percent of PE capital raised globally went to emerging markets, rising to 19 percent in the first half of 2019 – the largest proportion since 2012. In 2018, the amount raised by emerging markets funds totalled $93 billion, exceeding Western Europe’s $62.4 billion.

In the OECD’s view, while many forms of finance will be necessary to fix the underinvestment problem in emerging markets, DFIs must once more take the lead. The aim, it added, should not just be to get things back to where they were pre-covid but to “build back better” – or face the consequences.

“Building back better means integrating long-term risk management into policies and financing strategies while leaving no one behind. These risks encompass environmental, social and economic aspects and their interactions and could trigger the collapse of entire economies,” the OECD report says.

What are DFIs doing?

When a steady amount of private money is flowing into emerging markets, DFIs can back first-time managers, new strategies and other riskier investments. The withdrawal of private capital has resulted in DFIs targeting their support, according to Cate Ambrose, chief executive of the Emerging Markets Private Equity Association.

“Where they might be active is investing in the leading GPs that have well established track records in [places such as] Africa and India but struggling to close funds,” she says. “This is a very difficult year for fundraising. If you happened to be out in the market when covid hit, you probably had to hold back. Those that most likely are able to count on DFI support are those that raised money from them before.”

DFIs are also broadening the type of support they offer. Once a small part of their offering, private credit has grown in significance as portfolio companies seek liquidity from wherever they can get it. “We’ll commit more capital to private credit funds, as opposed to PE, and play a more significant role in the early-stage/higher-risk impact investing space,” one anonymous DFI told EMPEA as part of its 2020 LP survey.

DFIs are also undertaking more direct lending. In March, the International Finance Corporation set aside $2 billion for its Working Capital Solutions initiative, which lends to small and medium-sized businesses hurt by the pandemic. In November, the World Bank affiliate announced it was funnelling the equivalent of $100 million into Brazilian SMEs via Santander’s local subsidiary. The way the funding is targeted is in keeping with the OECD’s “build back better” mantra.

“The covid-19 pandemic has been affecting economies worldwide, leaving small and medium-sized enterprises particularly vulnerable,” says Rogério Santos, IFC’s head of financial institutions for Brazil and the Southern Cone. “That’s why, in addition to catalysing green projects, IFC’s loan will allow Santander Brasil to support small and medium-sized companies, including women-owned businesses, enabling them to continue their business and preserve jobs.”

DFIs have also ramped up support in less direct ways. In April, the World Bank’s Multilateral Investment Guarantee Agency was granted an additional $6.5 billion to help investors and lenders whose projects had been hit by the pandemic. MIGA effectively provides insurance against the financial, political and legal risks associated with investing in emerging markets.

While the short term is undeniably tough for most emerging markets, the positive long-term trends have not changed. The consumer class of Africa, India and other regions continues to grow and the transformative power of segments such as fintech, telecoms and data services remains tantalising. “Investors see the broad potential in venture capital and also that small cheques can go a long way,” says Owers. “You can put $5 million or $6 million into a seed fund that gets you access to 20 investments [in Africa].”

While investors are withdrawing for now, they intend to return, per EMPEA’s LP survey. Excluding emerging market-only investors, the percentage of respondents planning to increase their commitments over the next two years declined from 52 percent in 2019 to 30 percent this time around. However, 49 percent plan to increase their commitments to emerging markets over the next five years in line with the curtailment of covid-19.

The typical emerging market cycle continues. But it won’t be long before private investors are back to take some of the weight off DFIs’ shoulders.