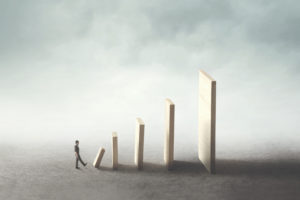 European private equity houses are set to dominate the fundraising arena in 2020, with at least three Europe-headquartered firms expected to return to market in the first half with flagship vehicles targeting at least €38.5 billion among them.

Demand for Europe mega-funds is being fuelled by the firms’ historic success and expansion of their product offerings, market participants told Private Equity International.

Since inception, EQT’s private capital unit has delivered a 20 percent net internal rate of return and 2.4x realised gross multiple, according to its IPO prospectus in September. CVC, meanwhile, was the first among its peers to launch a long-duration vehicle. The firm raised €6.4 billion for its second long-term fund in July and $1.6 billion for its second growth fund in November.

“The marketplace is increasingly sophisticated when it comes to decisions on with whom to invest and investors are carrying out more increasingly sophisticated due diligence now than at any point in time,” said Jason Glover, a London-based managing partner at Simpson Thacher. “LPs focus on track record, environmental, social and governance considerations as well as the historic success of key executives.”

This flight to quality means LPs are taking comfort from the brands and upping their ticket sizes, which is part of the reason why the big buyout shops are raising so quickly, noted Karl Adam, a managing director at placement firm Monument Group. LPs who used to invest $30 million are writing cheques of $50 million or $100 million – a dramatic scaling up of the programmes – provided they have confidence with the managers, he added.

But is now a good time to raise outsized funds for Europe?

“It’s as good a time as it was in the last year or the year before,” Jim Strang, head of EMEA at Hamilton Lane, told us. “For LPs, they figure out the battle they want to fight well ahead of when the battle starts, and hopefully have enough resources to manage to do it.”

“Frankly, we are all trying to figure out how we are going to manage all of [the multiple fund raisings set for H1 2020]. A lot of it is expected to happen quite early in the year and so LPs are having to prioritise what to look at when,” he said.

Europe-dedicated funds in market were seeking a combined €64 billion as of the third quarter of 2019, roughly the same amount as the equivalent period last year, according to PEI data. Looking at total capital raising target by geography, Europe ranked third after North America ($296.1 billion) and Asia-Pacific ($135.9 billion). Multi-geography funds in  market, meanwhile, are seeking $266.3 billion between them.

European managers’ strategy for the region has shifted in recent years, with most GPs expanding their geographic coverage into North America and Asia. London-headquartered Hg Capital, for example, opened its office in New York in April and French firm Eurazeo has been ramping up investment in North America.

As well as broadening their parameters to enable them to do deals in the US and rest of world, Europe-focused GPs, especially the large, pan-Europeans, have over time sought to gain recognition from their investors to what they are particularly good at and have zeroed in on specific sectors, Glover noted.

“The increased size of funds has also given them scope to do larger and larger deals. There are deals that firms are looking at now which were not even contemplated five years ago – a function of the size of funds and increasing sophistication of LPs in supporting investment opportunities through co-investments,” he said.

What about the addressable universe of private companies in Europe of material scale?

Volume is not an issue, Strang noted, and PE could take a bigger piece of the aggregate M&A cake. The only concern is GPs buying assets at expensive prices.

“In this picture where GPs are building higher levels of conviction around the deals they want to follow, the pricing appears to be edging ever upwards,” Strang said.