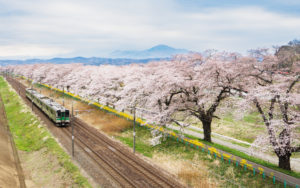 Investcorp, the Bahrain-listed investment firm, is pondering an expansion into Japan as it continues its Asia-Pacific build-out.

The firm is “in the early stages of developing our market strategy for Japan”, co-chief executive Rishi Kapoor told Private Equity International. It has identified four possible options for entry: building a team from scratch, lifting a team from another firm, partnering with an existing firm or acquiring a platform.

“[Japan] is developed and large but arguably even more local, so you really need to be in Japan to do something there,” Kapoor added. “At the moment the sheet looks blank and we don’t really know what the opportunity set actually looks like in practice, so each of those four options are viable in theory.”

Japan is becoming the destination of choice for global private equity firms. Apollo Global Management planted its flag in Tokyo with a new office late last year, following a similar move by Pantheon several months prior. Scandinavian giant EQT is also mulling an outpost in the city.

Investcorp has been making a name for itself in Asia-Pacific. The firm, which traditionally invests across North America, Europe and the Middle East, acquired the private equity and real estate unit of Mumbai’s IDFC Alternatives in January. It also committed $250 million, including co-investment rights, to China Everbright’s New Economy Fund in September.

“We had a strategy refresh in 2015 in tandem with the transition of the leadership team and at that point we prioritised expansion into the Asian markets, with particular focus on China and India,” Kapoor said. “When we looked at both China and India, the first conclusion we reached – beyond the attractive opportunity set – was that it would be critical to have bodies on the ground.”

Fund IV will be topped up by capital from co-investment relationships and the firm’s $2.5 billion balance sheet to make larger investments in companies where Investcorp has a high conviction, Kapoor said. The firm is targeting a net dollar target in the high-teens or low-20s.

“In emerging markets like India, private equity needs to offer a premium of somewhere between 3 percent to 5 percent over the target returns in developed markets, after adjusting for currency exchange rates,” he said.

“[In South-East Asia] the individual markets like Indonesia, Thailand and the Philippines are not of sufficient size or depth today to develop a standalone strategy, but together may present an attractive opportunity,” Kapoor noted. South-East Asia has been voted the most appealing emerging market by limited partners for three of the past five years, according to EMPEA data.

Investcorp has $27 billion of AUM across North America, Europe, the Middle East and Asia, of which around one-third comes from private wealth. Besides private equity, it has dedicated real estate, credit management and absolute return units.