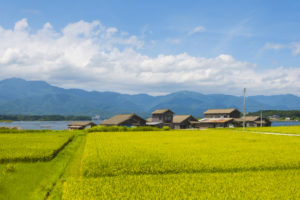 Nippon Sangyo Suishin Kiko, a Japanese mid-market firm, is planning to hold a first close for its second regional fund in the first half of 2020, Private Equity International understands.

The firm’s 2016-vintage Chubu/Hokuriku Vitalization Investment fund, which targets SMEs across the eight prefectures in the Chubu and Hokuriku area, is nearly fully invested, according to a source with knowledge of the vehicle.

Fund II will have an expanded mandate to invest across other regions in Japan, the source said. Both vehicles’ investors are predominantly regional banks and local financial institutions looking to generate additional business opportunities within their respective locales.

The size of Funds I and II is unclear. NSSK declined to comment.

The Chubu and Hokuriku area – west of Kanto, which is home to Tokyo, on Japan’s main island of Honshu – represents an economic zone with approximately ¥94 trillion ($873 billion; €783 billion) annual GDP, according to NSSK’s website.

Japan’s regional banks are piling into private equity to help soften the blow of negative interest rates and a dwindling rural client base. Besides returns, committing to a private equity fund can spawn lending opportunities either via deal leverage or company borrowing.

These institutions had ¥329 trillion of total assets as of March, according to the Chiginkyo, the Regional Banks Association of Japan. A Bank of Japan report showed that alternatives and investment trusts accounted for more than 4 percent of regional bank assets last year, up from around 2.5 percent in 2013.

Net income for Chiginkyo members fell to a seven-year low for the year ending 31 March 2019 as they grappled with plummeting global debt yields and difficult socioeconomic conditions at home.

Demand for better returns has already driven the country’s defined benefit corporate pension funds to allocate a record 21.3 percent of their portfolios on average to alternatives in 2019, exceeding bonds for the first time, according to a survey by JPMorgan Asset Management.