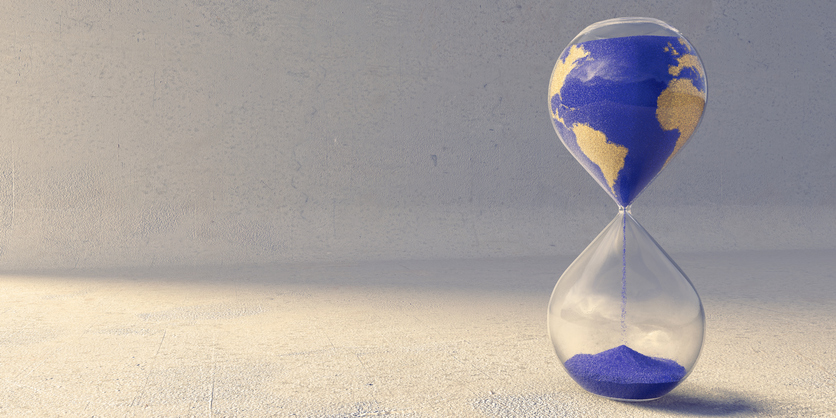 David Sirota – a US journalist who served as Bernie Sanders’ presidential campaign speechwriter – coined a neat, if damning turn of phrase to assess President Barack Obama’s climate-policy legacy: “Obama campaigned in climate poetry and then governed in fossil fuel prose.”

Sirota’s claim was in reference to the US becoming a top oil and gas producer during Obama’s presidency, with oil production growing by 88 percent under his two terms. “That whole, suddenly America’s like the biggest oil producer and the biggest gas [producer] – that was me, people,” Obama quipped to a Texas audience in November 2018.

It’s hard not to read last week’s report by the UN’s Intergovernmental Panel on Climate Change without concluding that, while world leaders have been waxing lyrical about climate change, those heady speeches have fizzled by the morning after. Which explains why the world appears locked on a path to heating up by 1.5 degrees Celsius over the next two decades. That scenario already comes with a significant increase in extreme climate events, so the goal now is to stop the globe from getting even warmer.

It is for world leaders to seize the (last?) chance to make a difference that will be provided by the COP26 conference in November, and reverse course. After all, climate change is not just a market failure to be fixed – it requires a complex societal and economic transition that can only be achieved through concerted global policy.

The problem is, even if climate change were just a pesky negative externality to be taxed away, we’re not even doing a good job on that front. A June blog by the IMF shows that “four-fifths of global emissions remain unpriced and the global average emissions price is only $3 per ton”. In a May report, the World Bank found only 3.76 percent of global emissions are covered by a carbon price at or above $40 per ton. To limit global warming to 1.5 degrees, carbon pricing would have to reach $160 per ton of CO2 by 2030, according to consultancy Wood Mackenzie. Where such schemes exist today, they averaged a price of $22 per ton at the end of 2020.

So, what can private markets investors do?

They should start by boosting allocations to strategies that are entirely dedicated to mitigating the effects of climate change. As an asset class, infrastructure offers plenty of those, and it’s no coincidence that 33 percent of the $57 billion raised by unlisted, closed-ended infrastructure funds in H1 came from dedicated renewables strategies, a veritable surge compared with 2020.

They should also consider following in the footsteps of Wellcome Trust chief investment officer Nick Moakes, who told affiliate title New Private Markets the foundation will no longer invest in oil and gas private equity funds and is also considering divesting from its existing oil and gas assets. That is, disengage from the more carbon-intensive propositions.

Finally, LPs should take a good, hard look at the carbon footprint of their portfolios – especially their more carbon-intensive investments – and price them correctly. How? By setting and applying their own internal carbon pricing – with teeth – and assessing how returns fare in the aftermath.

The reality is that many investments that are not climate-aligned are only feasible (let alone attractive) because they are fundamentally mispriced. Just as governments, on behalf of their citizens, need to implement policies that spur society into action, institutional investors, responsible for the pensions and insurance policies of millions of people, should take the lead in addressing this market failure.

That would end misguided talk of a fiduciary obligation to maximise often mispriced returns and spur the investment community into action, boosting the supply of climate-aligned products, discouraging greenwashing and injecting rigour into net-zero pledges.

Or as Sirota might say, it’s time for LPs to ditch the climate poetry and start allocating in prose.