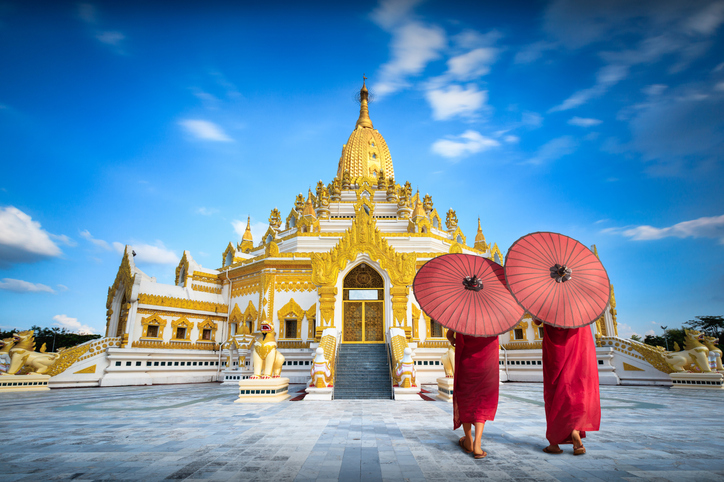 Delta Capital Myanmar, the country’s largest private equity firm, is on the hunt for younger companies seeking larger cheques in a nation that has traditionally been sceptical of outside investment.

“The awareness is growing but, frankly, raising outside capital is a foreign concept in this market,” Powell said.

“Fifty years of sanctions and zero investment meant all these businesses survived and grew without outside capital; it would be friends and family, black-market money and a little bit of banking, because there wasn’t much else available. So when you’re sitting down with people there’s little understanding of investment and our lengthy processes quite often can put a lot of people off.”

Nevertheless, private equity activity has picked up. Deal count has risen in four consecutive years from just three in 2016 to 21 last year, according to S&P Global Market Intelligence. As of October, there had been eight private equity transactions in 2020.

Global behemoth TPG is among those drawn to the country. Its $300 million investment in telecoms tower Pan Asia Majestic Eagle in 2018 was among the largest on record for Myanmar. The firm also backed Myanmar Distillery in 2015 before exiting to Thai Beverage Public two years later.

One company in particular has the industry excited. Internet services provider Frontiir has attracted multiple investments from Delta, as well as UK development finance institution CDC Group, which is an LP in MOF II; Singapore-headquartered Ascent Capital Partners, which is focused on Myanmar; and Japan’s Daiwa PI Partners.

Not all targets are so receptive to private equity investment.

“We have to sell ourselves to them more often than not, which is a strange feeling,” Powell said. “Our assumption that we’re bringing money and professionalism to your market and going to help with structure, finance, while you operate the business from the front end, was just not as interesting for them initially.”

Myanmar – a country of 53.7 million people – had 38,502 confirmed cases of covid-19 and 945 deaths as of 21 October. Its capital, Yangon, entered a state of lockdown in late September, with borders and schools shut, a moratorium on gatherings of more than six people and domestic travel restricted.

DFIs – typically the largest sources of LP capital in frontier markets such as Myanmar – are expected to be particularly active during the pandemic. This dynamic appears to be playing out in Myanmar, where CDC Group appointed a new country representative and a local advisor in October.

“I would characterise Myanmar as a country that’s surprisingly got a more vibrant market for private equity, as opposed to some of the neighbouring countries [such as], for example, Pakistan and Bangladesh,” CDC’s head of South Asia Srini Nagarajan told PEI last year.

With DFI money, by necessity, comes a strong focus on ESG – compounding the challenge for GPs hoping to invest in Myanmar. “The idea that this is going to be a four to five-month diligence process, structural review, does not appeal to many Myanmar businesspeople,” Powell said.

“Because the alternative, which they’re more used to, is debt, not equity. However, the equity culture is growing and so is the understanding of what that comes with commitment-wise, including the ESG process, which requires time and money.”

Myanmar has long struggled with a reputation as a hotbed for ‘crony’ businesses, whereby companies must bribe those in power – namely the military – for their own advancement.

“From a private equity perspective, trying to change that is more difficult than actually backing a younger company with newer systems that need capital, because growth is there and you can very quickly outgrow the incumbents and become a leader. We now prefer the younger companies and are happier to write bigger cheques.”

Delta Capital has made nine investments to date, including its first control transaction into recycling business Commercial Plastics Holding this year, one of which has been fully exited and two partially. Its average deal size is north of $10 million and smaller than its $14 million concentration limit, though it has brought on co-investors on three of its five latest transactions.

“It’s still predominantly a VC market with people doing smaller deals, which is a much busier area,” Powell said. “There are only a couple of shops that do around the $5 million to $10 million area and once you get to $10 million to $30 million there’s only us or the regional funds.”

Not short on funds

MOF III will have a 12-year fund life, the same as its predecessor and two years longer than MOF I, a 10-year fund.

“Our holding period is five to seven years,” Powell said. “It takes time to build these companies; the runway is long and you genuinely build big returns by compounding that. I’d love to say Fund III is 14 years, but it won’t be.”

Roughly two-thirds of Delta Capital’s existing assets under management came from Europe, including from CDC Group and fellow DFI Norfund, and the remainder from within Asia. Fund I was solely raised from corporate investors and family offices, while about half of Fund II’s capital was provided by DFIs.

“The first fund was the easiest I’ve ever raised, and I’ve raised a few in my time, because we were selling pure hope – Myanmar had just opened and they’d promised an election in 2015,” Powell noted.

“Raising the second fund was meant to be really easy, but it was absolutely impossible. There was deep disappointment after the naïve vision that Aung San Suu Kyi would be elected following 50 years of military rule and everything would be fine, but the magic wand didn’t appear and it’s been a bit of a grind.”

“There’s always something tough for raising capital, but it’s a really good time to be investing capital in a place like Myanmar,” Powell noted.

“I believe our existing investor base will support us. We’ve had conversations with other potential investors who monitor us and I hope doing what we’ve done they’ll have more comfort, but I recognise it’ll be a slog.”