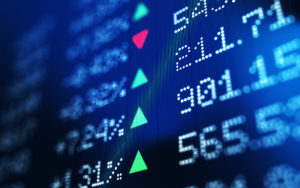 The ownership model of some of the world’s largest alternative asset managers is a turn-off for some investors.

“Large publicly-traded asset managers’ business model has explicitly tied them to the up-and-down movements of public markets and incorporates beta,” said Commonfund‘s chief executive officer and chief investment officer Mark Anson. “We don’t allocate capital to those firms because we don’t want to get that market beta into our portfolios.”

Though historically Commonfund – which manages assets for non-profit endowments, foundations and public pension investors – invested in these large funds, it no longer invests in the shares of the publicly-traded private equity firms and is not an LP in their funds either, Anson said at Commonfund’s Public & Private Markets Outlook Update on 10 September.

Unlike in the past, when mega firms focused on pure capital gains generation for their limited partners, Commonfund considers the publicly-traded firms to now be focused a little more on share prices and sustainability of recurring revenues like management and other fee components of their portfolios.

“They have become more diversified and their sticky revenue stream is tied more to the management fees,” head of private equity Mark Hoeing said.

Indeed, a review of the 10K filings of these firms would demonstrate how the earnings stream of these publicly-traded asset managers has shifted from profits based on carry to management fees, according to Anson.

Instead, Commonfund is focused on capturing alpha. While differences between alpha and beta private equity are more art than science, Commonfund believes alpha in private equity is driven by small- to mid-sized specialist managers, Hoeing said.

These funds invest in companies that are big on innovation and are most often tied to the mega-trends of companies being built for the future; many deliver outsourced services to bigger corporations and can be potentially acquired by a strategic or one of the larger private equity firms in some years, according to Hoeing.

Being a specialist fund is a key alpha driver. “More competition means you can’t be a generalist. You can’t win the hearts and minds of those entrepreneurs,” Hoeing said.

In addition to tech and tech-focused sector funds, Commonfund also invests with managers in private natural resources such as metals and mining, industrial businesses, oil and gas and energy funds.

Commonfund invests in early-stage venture, some growth equity and late-stage buyout, and has also been active in secondaries and co-investments – both strategies where there is potential for alpha generation, Hoeing said.

Investors like the idea of co-investment because of lower fees, but it could be a “potential recipe for pain”, according to Hoeing.

In the late market cycle, capital allocators have to ensure they have access to a wide funnel of opportunities for co-investments and have the capacity to be more than an allocator of capital.

“If you are just an allocator of capital and you walk into the buzz saw of declining environment and more and more capital chasing alpha, [co-investments] could really hurt because of concentrated risk,” Hoeing said.

Fundraisers 3 hours ago
Added to your Saved Articles
Loading
Unsave Article
Please confirm you would like to remove this article from your saved articles.
Share with other subscribers
Only logged in subscribers of this site will be able to access the shared article.