“Maybe the staff can tell us why we should be adding to private equity when it’s been performing so poorly relative to other assets.”

Sung Won Sohn, a board member for the Los Angeles City Employees’ Retirement System, was none too happy at a March board meeting, pointing out that LACERS’ PE portfolio has fallen short of its one-, three-, five- and 10-year benchmarks. 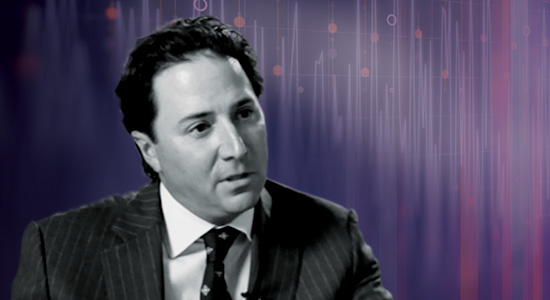 Ares’ secondaries buy
Just as Side Letter was going to press came the news that Ares Management had agreed to acquire 100 percent of secondaries firm Landmark Partners for $1.08 billion. The firms are holding a conference call at 8am ET today and we’re keen to bring you more. Why is this important? Annual secondaries deal volume has grown almost four-fold compared with around a decade ago, hitting $88 billion in 2019 – a figure that dropped last year amid the pandemic. Brookfield Asset Management and TPG both launched secondaries units last year, and Ares is the latest behemoth to get into the game. If what we’ve heard from market sources is accurate, it won’t be the last.

The downside of hard targets
Private markets giant EQT has found its ambitious diverse hiring targets to be a little too ambitious. Writes CEO Christian Sinding in the firm’s annual sustainability report (published today): “Last year, we set a gender diversity target to have women account for 65 percent of the investment advisory professionals hired in 2020. A majority of our teams accomplished this.”

Digging into the data – which to the firm’s credit is in the report – 54 percent of the investment professional hires were female, with only 60 percent of the teams hitting the target. It was “challenging in a year where the pandemic slowed down recruitments”, notes the report, although it is unclear how this would affect the gender balance of recruits. Credit where credit is due: EQT is ahead of the game in terms of having specific targets and is moving in the right direction.

Love PE tender
Tennessee, best known as the home of Elvis’s Graceland, all shook up its target allocation for private equity. At its March board meeting, the Tennessee Consolidated Retirement System increased the target to 10 percent from 7 percent (the actual allocation stands at 8.5 percent). To make more room for PE, the $61 billion pension manager plans to reduce its target allocation for fixed income securities. As of 31 December, the value of Tennessee’s PE portfolio was about $5.2 billion.

A reality check for teachers’ pensions
Public teachers’ pension funds are holding ground on their PE programmes as a teachers union in the US calls on them to re-examine their investments in private equity. The report from the American Federation of Teachers claims that pensioners are not getting enough financial performance from PE, as affiliate title Buyouts‘ Justin Mitchell examines (subscription or registration required). The California State Teachers’ Retirement System said it stands behind its private equity programme, which, due to the pension’s size, is “able to negotiate lower fees and costs than most”. Meanwhile, spokespersons for the New York City Comptroller and Pennsylvania Public School Employees’ Retirement System said they were reviewing the report’s findings and have adopted practices to improve reporting and accountability for its GPs. Read the report here: Lifting the Curtain on Private Equity: A Guide For Institutional Investors and Policymakers.

Pay (more) to play in VC
If you haven’t invested in a VC fund in a while, expect to pony up more for a new commitment. The average minimum LP investment shot up from $395,000 in 2018 to $1.43 million last year, says advisory firm Different Funds. The increase is probably due to venture capital funds getting increasingly bigger. Notably, the standard management fee and carry (2 and 20) are about the same as they were in 2018, Different Funds reports. Our affiliate title Venture Capital Journal (subscription or registration required) has more here.

As illustrated below, TCRS allocates 8.5 percent of its full investment portfolio to private equity. The pension’s recent private equity commitments have been mainly to venture capital and buyout funds focused on investments in North America and Europe.

For more information on TCRS, as well as more than 5,900 other institutions, check out the PEI database.