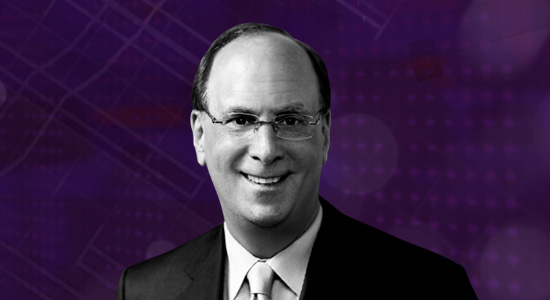 BlackRock‘s debut private equity vehicle, Long Term Capital Fund, is “back in business”, following a temporary suspension of investments in December triggered by the departure of Mark Wiseman, former chairman of the firm’s alternative investment unit. The LTPC fund has now received “unanimous consent” from its investors to replace Wiseman with Robert Kapito as chairman of the executive investment committee and “key person” in the fund’s LPA, a source with knowledge of the matter tells PEI. Other news: the firm raised an additional $1.1 billion last year for its LTPC, according to chairman and chief executive Larry Fink (pictured) on the firm’s fourth quarter 2019 earnings call on Wednesday.

That brings total capital raised for fund to $3.85 billion thus far, or almost a third of the $12 billion it sought when it launched LTCP in 2018. It’s still got a way to go and no new deals yet thus far, other than its $875 million stake in Authentic Brands Group.

Here are some of the firm’s highlights in 2019, according to Fink:

Partners Group hit a milestone last year with non-private equity strategies accounting for more than half of the Swiss firm’s $94 billion in assets under management for the first time, as of the end of last year, according to an AUM update this morning. The firm still expects direct equity to contribute “significantly” to fundraising over the next 12 months. Other headline figures: the firm raised $16.5 billion last year and expects to raise as much as $19 billion this year; it added 262 professionals last year and could hire another 200 this year.

Only 16 days into the start of the year and the first megafund is upon us: secondaries giant Lexington Partners has raised $14 billion for the largest ever pot of capital dedicated to the strategy, sister title Secondaries Investor reports. LCP IX will predominantly focus on PE secondaries and the firm expects to benefit from the rise of so-called “GP-led transactions” – processes such as fund restructurings and stapled tender offers initiated by managers themselves. Lexington will likely play at one end of the secondaries spectrum with Ardian at the other – the French giant focuses mainly on the “plain vanilla” market for LP fund stakes.

NB: With Ardian likely to raise $18 billion or more for secondaries this year, Lexington’s crown may be fleeting.

Manulife make it official. Last year we predicted: “a big LP will turn asset manager”. We are proved somewhat right by Manulife Investment Management, which has just formally closed its first PE fund six months after using the secondaries market to seed it. The US$1.5 billion fund of funds Manulife Private Equity Partners is made up of a portfolio of North American mid-market funds and co-investment stakes from managers such as Thoma Bravo, Apollo and CD&R. AlpInvest Partners underwrote the transfer of the portfolio off the Canadian insurer’s balance sheet before syndicating half of it out to other investors. How did our other predictions fare? No comment.

CD&R about to raise a fund. Clayton Dubilier & Rice, a pioneer of the hands-on approach to value creation, is in talks with investors about its next fund, says sister title Buyouts. Its last fund was $10 billion, raised in 2017.

Quarter pounder. Some weighty fund closes happened in Q4 of 2019; here are the top five. Click the fund to see who invested.

For more information on more than 5,900 other institutions, check out the PEI database.

“In some cases we find reasons to adjust the fair value of the company based on the idea […] this company has an additional risk so I need to use a higher discount rate.”