“Australia, Canada, the UK, France, Japan and the European Union are all working towards some form of climate risk reporting for companies, but New Zealand is moving ahead of them by making disclosures about climate risk mandatory across the financial system.”

James Shaw, New Zealand’s minister for climate change, discusses the new requirement for asset managers and financial institutions to report on the risk that climate change poses to their business and portfolios. Full story on Infrastructure Investor. 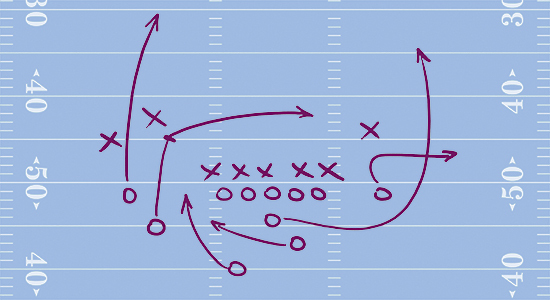 For PE investors, it’s hard to find an industry with similar dynamics to sports. A sticky, often fanatical customer base, multiple entities to invest in (think leagues, teams, broadcast rights, stadiums, sports tech and nutrition to name just a few), and potential global revenue streams. Plenty of successful PE execs have made personal investments in sports franchises, but until now only a handful of funds, such as those managed by CVC Capital Partners, Bridgepoint, KKR, Advent International and Silver Lake, have thrown their institutional hats into the ring. That’s about to change, as we’ve been finding out in our reporting for a deep dive into the topic to come later this year. In part this is down to changes to ownership rules by various major leagues in the US. The latest arrival is Dyal Capital Partners, on whose HomeCourt Partners venture with the NBA we have more detail here.

PE sponsors holding out to make the best use of this year’s crisis may have already missed the boat. Speaking on a breakfast media call this morning, Simona Maellare, global co-head of UBS’s alternative capital group, said the window for buying companies on the cheap opened and closed fairly quickly. “This would have been a perfect vintage for PE, because an over-inflated environment of high multiple and valuations was finally becoming a bit more rational and again PE could buy assets at more reasonable valuations. Actually, this hasn’t happened,” she said. In Europe, the bulk of the deals to happen have not been for bargain buys but for companies that have proven to be covid-19 and recession resilient, she added.

Carlyle‘s head of impact Megan Starr says a workshop her firm ran several years ago to assess the impact of an extreme weather event on the firm’s operations had put the organisation in a good place to deal with the covid-19 pandemic: “As a result of that exercise, we found we really needed to invest more heavily in better remote working technology, much better firm-wide communications, our ability to communicate with people quickly, efficiently, seamlessly, and more IT and data resiliency.”

New Mexico Educational Retirement Board committed $50 million to OrbiMed Private Investments VIII at its September 2020 board meeting, according to a the meeting agenda.

OrbiMed Advisors’ fund launched in August and is targeting $1.4 billion, according to Private Equity International data.

For more information on New Mexico Educational Retirement Board, as well as more than 5,900 other institutions, check out the PEI database.