“For post-2000 buyouts, the conventional wisdom to invest in previously top quartile funds does not hold. Using previous fund PME at fundraising, we find modest persistence, but it is driven by bottom, not top quartile performance.”

A research paper published by the National Bureau of Economic Research finds that when it comes to firms in fundraising mode, past performance does not indicate future performance 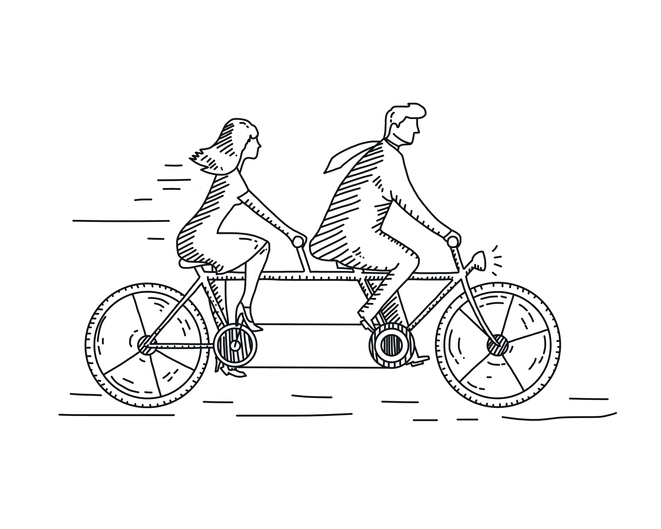 The co-investment covid boost
In the capital raising business, the global pandemic has fuelled a “flight to the familiar” as institutional investors – wishing to continue investing throughout – have returned to existing relationships. Our Q3 fundraising report showed evidence of this.

Co-investors in private equity deals have a described a similar effect. Ian Lane, HarbourVest Partners’ global head of co-investment, says: “GPs have been increasingly turning to trusted co-investors to support their investment activities in 2020. They want responsive LPs who can act with speed… who can reliably support transactions by committing capital and sharing risk.” Lane was contributing to our sponsored roundtable discussion on co-investment. He would say that, you might say: he and the others around our virtual table all represent the kind of established institutional brands that benefit from a flight to the familiar.

On top of regular dealflow, panellists predicted a further pandemic co-investment boost as GPs experiencing fundraising disruption would keep doing deals, and need co-investors to fill the funding gap. Says Mercedes Fernandez, a partner at Morgan Stanley AIP: “We are seeing some GPs delay fundraising. They are looking for solutions that help them do deals and seed funds.”

Committed’s capital
France’s Committed Advisors has raised €1.6 billion for its fourth secondaries fund. The firm had initially sought €1.25 billion for the vehicle that is now significantly larger than its Committed Advisors Secondary Fund III, which closed on €1 billion in 2017, per a statement. Secondary Fund IV will target primarily mature private equity assets in North America, Europe and emerging countries in the small- and mid-cap segments of the private equity secondaries market, including GP-leds and spinout transactions.

Credit bulls
Credit managers are bullish about deploying new capital in 2021 after the asset class proved resilient during the coronavirus pandemic, according to research by the Alternative Credit Council. In the ACC’s annual Financing the Economy report, more than 80 percent of managers surveyed said they were somewhat or very bullish about deploying new capital in the next 12 months, with less than 10 percent saying they were somewhat bearish. However, most managers also expect a peak in distressed debt opportunities in Q1 and Q2 2021 as borrowers struggle with increased debt burdens and potential threats to their long-term business models caused by the pandemic. Private Debt Investor has more (subscription or registration needed).

Tulare County Employees Retirement Association has agreed to issue a request for proposal for an investment consultant, as mentioned during the institution’s November 2020 retirement board meeting. The initial contract term is three years with two one-year extensions at the retirement board’s discretion.

Verus Advisory, the pension’s investment consultant for the last 10 years, is also invited to respond. The deadline for submissions is 22 January, 2021.

For more information on TCERA, as well as more than 5,900 other institutions, check out the PEI database.

Today’s letter was prepared by Toby Mitchenall with Alex Lynn.