“Although periods of market dislocation create many stresses and strains, they are also a time of opportunity for secondary funds. The GFC provided Coller with many good investment opportunities, and we expect the current crisis to do the same”

Secondaries giant Coller Capital‘s founder and CIO Jeremy Coller is positive about buying opportunities brought about by the pandemic. 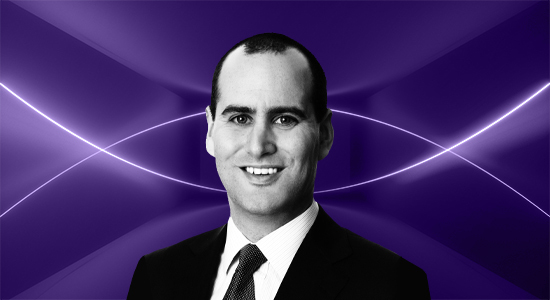 “Between the continued economic growth in Asia, secular tailwinds for the alternatives space in the region, and our differentiated track record as well as best-in-class local team, we really believe our Asia business can be as big as our North America franchise in the coming years,” said Lewin.

KKR is confident its Asia business – already a standout among its peers – can become as big as its North America franchise. The firm amassed $16.4 billion in Q2 – a quarterly fundraising record for KKR – the majority of which is for Asian Fund IV, which now stands at round $11 billion and counting. KKR has grown its Asia AUM by almost 60 percent year-on-year as it has begun to scale infrastructure and real estate in the region. Co-president and co-COO Scott Nuttall mentioned that the firm is working on private credit and growth tech in the region too.

Ham Lane: due diligence is a walk in the park

Hamilton Lane on Tuesday reported growth in earnings and total AUM for the first fiscal quarter, which ended on 30 June. The growth was driven mainly by customised separate accounts and the firm’s specialised funds segments, which include its fifth secondaries vehicle. That fund has now raised $2.2 billion out of a $3 billion target, said vice-chairman Erik Hirsch on the results call. Here are other takeaways:

Tucked away in Eurazeo’s half-year earnings report last week was the news that Rhône Group (in which the French manager owns a 30 percent stake) had raised at least €1 billion for its latest fund. The firm launched Rhône Partners VI in December with a €3 billion target, according to Private Equity International data.

Scoop: Madrid-based private equity firm Qualitas Equity has held a first close on €420 million for its fourth renewable energy-focused offering, after just over 10 weeks in the market, Side Letter has learned. Q-Energy IV is already almost as big its €440 million predecessor. The capital raise, which was undertaken solely by virtual means amid the pandemic, has attracted interest from a wide range of LPs including European family offices and global consultants. The firm has an €800 million target for Fund IV and expects a final close by the first quarter of 2021.

Makena beefs up board

Veteran investor Pam Peedin (former CIO of Dartmouth College and MD of Cambridge Associates) has joined the board of directors at Makena Capital Management. Makena manages $20 billion of endowment money, investing in PE and other asset classes.

Teachers’ Retirement System of Louisiana has agreed to commit $50 million each to ICG Recovery Fund II and Castlelake V Dislocated, a contact at the pension informed PEI.

The $18.72 billion US public pension has a 14.0 percent target allocation to private equity that currently stands at 19.0 percent.