“The recent market downturn has increased the opportunity set for the firm.”

At a board meeting, New Jersey Division of Investment’s investment analyst Karl Schwing explains its $125 million commitment to Stellex Capital Partners II – targeting $1.25 billion – which will focus on mid-market turnaround investments in manufacturing and industrial businesses.

The biggest firms in the world 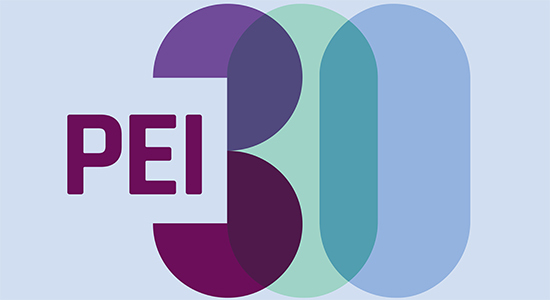 This year’s PEI 300 ranking, our proprietary ranking of the largest firms in the private equity universe by five-year fundraising total, is now live. Here’s the ranking at a glance:

ICG opts for something more vanilla

While many firms are branching out into more exotic parts of the secondaries market, Intermediate Capital Group is going the other way. It is launching a fund targeting limited partnership stakes, sister title Secondaries Investor has learned. The fund will be run by the former Europe head of Pomona Capital Oliver Gardey, who joined in June to head up the listed ICG Enterprise Trust.

Your ‘print’ edition is ready

Subscribers can download a PDF of the latest magazine here.

KKR’s phoenix fund. KKR’s attempts to resurrect its latest special situations fund have been a success: the firm closed its Dislocation Opportunities Fund on $2.8 billion last week, with an additional $1.1 billion from separately managed accounts, per a statement. The vehicle was previously named Special Situations Fund III but it was rebranded, refocused and given new managers while on the fundraising trail, Bloomberg reported in April.

Elsewhere, KKR has appointed Nicholas Hyde as managing director to lead its client relationships in Australia and New Zealand, according to a statement. Hyde joined from IFM Investors, where he’d been a director of global investor relations. He will help to raise the firm’s private and public markets strategies.

Calling all value creators. Our Operational Excellence Awards 2020 is open for submissions. Highlight your value creation credentials by letting us know here by 1 July.

IK’s fundraise. IK Investment Partners has closed its latest flagship offering on €2.85 billion, a full €1 billion larger than its predecessor (incidentally, the same amount that came from new investors this time around). Fortunately for IK, the fund was pretty much raised by December, but market disruption caused by the coronavirus pandemic stretched out the timeline for the final closing. Head of IR Mads Ryum Larsen tells us having an asset-free fund at final close has been a benefit this time around: “Post covid-19, the cleaner the portfolio, the fewer assets you have in the fund, the easier the fundraise.”

People move. Robin Clifford, head of private equity at New Jersey Division of Investment has left her post effective 29 May to “pursue a new opportunity”, according to a LinkedIn post and an announcement by the division’s director and CIO on Wednesday. Clifford spent 12 years at the division and less than three months as head of PE, according to her profile. It is unclear which firm she is set to join or who will replace her. Subscribers to Buyouts Insider can read the full story here.

In case you missed it, here are the three stories that were most read during May on PEI:
• The Future 40: our list of rising stars from across the PE ecosystem
• What it means when a fund falls ‘out of carry’
• KKR: ‘We will use this crisis to grow aggressively’