“You can just tell that it’s a different calibre of buyer in many instances versus the PE community.”

David Layton, co-CEO of Partners Group, tells the firm’s annual results conference call on Tuesday that he is contacted by bankers and SPAC managers daily, asking if they can get access to one of the firm’s companies. 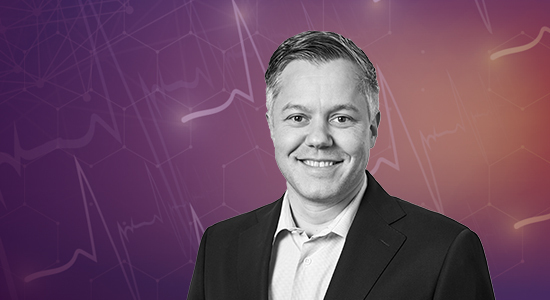 PG’s change at the top
Partners Group co-chief executive André Frei will step down from his role in July and transition to chairman of sustainability, the firm said on its annual results call this morning. David Layton, who has been co-chief executive since 2019, will become sole CEO. In his new role, Frei will oversee ESG and stakeholder impact initiatives, while remaining a partner. Other moves to note:

Triton’s fundraise
London’s Triton Partners has held the final close on its sophomore mid-market fund. The firm gathered €815 million for Triton Smaller Mid-Cap Fund II against a €600 million target, PEI reports this morning. Fund II launched in March last year and received commitments from 28 new investors, with the process being entirely virtual. European mid-market buyouts are the second most-favoured strategy for LPs after US mid-market buyouts, per a recent survey from Probitas Partners.

Creative tendencies
PE firms are getting more creative with their deals. That’s according to a report entitled Creative Deal Structures: Energizing the M&A Market Post-Crisis from Sidley Austin, which found that 83 percent of PE firms expect they will deploy more unusual deal structures. Over the past 24 months, private investments in public companies and joint ventures or minority investments have been the most common creative structures deployed, as detailed in the chart below.

A truly super fund
Aussie superannuation funds Sunsuper and QSuper have confirmed their intention to merge in a deal that, at A$200 billion ($155 billion; €130 billion), would create the largest institution of its kind in Australia. The country’s government has encouraged superfunds to merge in recent years to help drive economies of scale when it comes to investing. The average superfund is 2.4 percent allocated to PE, a figure that could be threatened by a recent performance test benchmarking unlisted assets to listed indices, as PEI explored last week.

Hillhouse’s tie-up
Chinese PE giant Hillhouse has entered a “strategic co-operation” with Hong Kong conglomerate Jardine Matheson, per a statement. The tie-up is understood to involve potential co-investments across China and South-East Asia, as well as collaboration between their respective value creation teams. London-listed Jardines has a $50 billion market-cap and owns hotel, property investment and motor dealership groups, among others.

Pennsylvania Public School Employees’ Retirement System has agreed to commit $175 million to Apax Digital Fund II, according to the pension’s latest board resolution.

Apax Partners‘ second digital fund is in market targeting $1.5 billion. The fund is focused on growth equity and minority buyout investments in the mid-market TMT sector.

The $64.2 billion US public pension has a 14.2 percent current allocation to private equity.