“Shareholder actions, along with the box-ticking on environmental, social and governance requirements that come with a public listing these days, can have the unintended side effect of diluting a board’s decision-making capabilities, thus stifling its entrepreneurial spirit”

In a letter to the Financial Times (paywall), Steffen Meister, executive chairman of Partners Group, argues that PE is the “acme of entrepreneurialism” 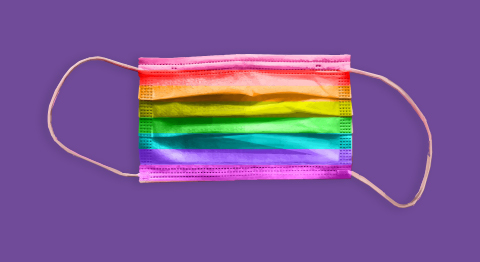 Getting inclusive
With Pride Month drawing to a close, PEI caught up with the people leading LGBT+ networks in Blackstone, KKR and Partners Group, and the co-head of advocacy group Out Investors, to discuss what progress around the issues has been made within PE and what more needs to be done. As it turns out, things as small as using inclusive language or putting up a pride flag can also go a long way. Read the full Q&A – and find out what you can do to help – here.

Dice roll
Daisuke Imaeda, head of IR at J-STAR, has left the Japanese buyout shop, according to an email seen by PEI. Imaeda, better known as ‘Dice’, joined in 2018 from AMP Capital, where he’d served as head of institutional business since 2012. He previously spent 22 years at UBS Asset Management, most recently as executive director. His destination is unclear.

Taking Stock(holm)
KKR has opened an office in Stockholm – its seventh in Europe – to strengthen its investment platform in the Nordics, per a Wednesday statement. Director Hans Arstad will head the office and Carl Lithander, an MD in the firm’s client and partner group, will lead fundraising with Nordic LPs. KKR has said the region is a “core focus” in Europe – the firm has invested more than €5 billion in the Nordics in over 22 deals, about a third of which were done in the last two years. It comes as KKR gears up for its sixth European buyout fund, according to Bloomberg.

PE takes a breather
Remote work can make it difficult to separate one’s business from one’s personal life. According to Insider, Carlyle Group plans to give its staff a week off, beginning on 16 August, to help employees unplug and recharge. This will be followed a $750 annual well-being stipend for all employees at the principal/director level and below, which can be used for any purpose. The firm is not alone in recognising the need for a change of pace: KKR gave junior staff every Friday off in November and December last year amid concerns over “constant exhaustion”, Bloomberg reported this week.

EMPEA rebrand
The Emerging Markets Private Equity and Venture Capital Association is now the Global Private Capital Association. The organisation said in a statement that it considers the term ‘private capital’ to be more inclusive, extending beyond PE and VC to growth equity, private credit and infrastructure and direct investments. The rebrand follows the relocation of its HQ from Washington, DC to New York and the launch of its Asia HQ in Singapore earlier this year.