“What we’re looking to do – as a starting point, really – is acquire about a billion dollars [worth] of catalogues. I would emphasise that’s just the start. Our ambition is much more substantial than that.” 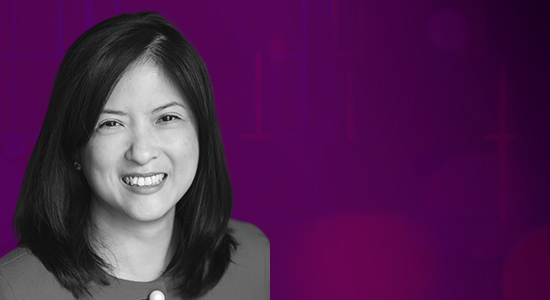 PE’s token gesture
Tokenisation, a blockchain-based technology involving digital securities, has, until now, largely been confined to the fringes of private markets investing. However, ADDX, a Singapore-based platform that tokenises private equity and other assets for accredited investors, has grand designs for the asset class: it believes that the concept may one day bring retail participation into the mainstream.

While that goal is likely some way off, PE giants are tentatively exploring the technology. Partners Group is among the first to do so, granting ADDX an allocation last month to its €5.5 billion Global Value SICAV Fund (a move Side Letter covered in greater detail here). More could be set to follow: ADDX’s chief commercial officer Oi-Yee Choo tells us this morning that they’re in discussions with the “top five global names” in PE.

With trillions held by individual investors, private markets firms are increasingly looking for ways to tap this lucrative source of capital. If all goes to plan, tokenisation may well be at the forefront of this push.

Getting creative
While we’re on the subject of wealthy individuals, the private funds industry is seeing a re-emergence of novel fund structures as managers attempt to expand their LP bases. Affiliate title Private Funds CFO recently spent some time exploring the myriad ways firms are getting creative, whether it’s with tenders, intervals, evergreens or hybrids. The Deep Dive is well-worth a read (you can find it in full here) but here’s a short excerpt:

Before choosing a structure, though, managers must first identify exactly who they want to sell the fund to, says Aaron Schlaphoff, partner at Kirkland & Ellis. “Think about your audience’s liquidity and return requirements and their investment timeline. If you want to charge a more traditional performance fee [on a registered fund, for example], investors will need to be qualified clients, and that means you’re already carving away from the universe of retail investors who can be accessed,” he says. Registered funds of funds can only be sold to accredited investors, under SEC rules. Managers need to think about what they’re willing to sacrifice, and for what benefit.

Trident’s target
You likely haven’t heard of New York-based small-cap investor Trident, but you may recognise some of their backers. Vista Equity‘s Robert Smith, Bank of America, Moody’s and other private investing luminaries have anchored Trident’s first formal fund, PEI reported Tuesday. Taylor is a Brightwood Capital Advisors and Goldman Sachs special sits alum whose firm already has five direct deals under its belt, one of which it has divested.

The fund, which is seeking $250 million, has pledged at least 13 percent, roughly the percentage of Black Americans, of all value created will accrue to the Black American community. It will pursue this through increased employment opportunities, access to capital, health and education benefits, wealth creation opportunities and representation throughout the value chain. They’re well on their way: 60 percent of the firm, as well as 60 percent of the operators in its portfolio companies, are people of colour.

A pretty big deal
The biggest buyout deal of all time could be just around the corner. Advisors for GlaxoSmithKline are testing the water with PE firms, while simultaneously preparing for a listing of the pharma giant’s consumer business, Bloomberg reports. Blackstone, Carlyle and Permira are among the potential suitors for the business, which could be valued as high as £40 billion ($54 billion; €47 billion). The largest buyout deal of all time was KKR and TPG’s $48 billion takeover of electricity provider TKU in 2007.

The fund seeks to invest in the business and manufacturing sectors, and follows its predecessor, Incline Elevate Fund I, which closed in July 2019 after five months on the road. That vehicle surpassed a $250 million target, raising $314.5 million in investor capital.

PSERS allocates 13 percent of its total investment portfolio to private equity, which encompasses $8.37 billion in value, but is aiming for a private equity target of 15 percent.