“Virtual meetings can help, in such a very unstable situation. However… we need to keep in mind that alternative investment is, I personally think, different from the traditional asset classes in terms of how important face-to-face meeting is.”

Dong Hun Jang, CIO of Korea’s $14.6 billion POBA, discusses the importance of physical due diligence during an Intralinks webinar on 8 June. 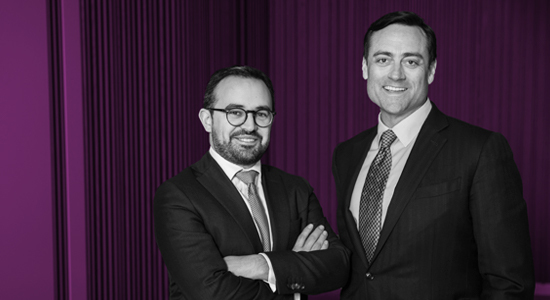 Reflections on a decade of advice
It’s not every day someone working at a discount retail chain in the south of England on minimum wage decides to go into finance; nor is it every day a piano performance major in Indiana decides to either. A few decades ago this is what Adam Turtle and Scott Church decided to do on either sides of the Atlantic. The pair – who didn’t know each other at the time – worked through various jobs in finance and at some point mid-way through their careers came to the separate conclusions that the placement agent model could do with a rethink. Enter Rede Partners, the firm they launched exactly 10 years ago. PEI caught up with the pair to reflect on the past decade and discuss what they’ve seen in the market, their shared frustrations, why they want to grow Rede without scaling it and why they don’t like the term “placement agent”.

BC’s extra time
BC Partners today confirmed the close of one of the largest single-asset secondaries deals in Europe, raising more than €1 billion from itself and investors to keep hold of Berlin-based academic publisher Springer Nature, per a statement. You can read about some extra details on the deal that our colleagues at Secondaries Investor (registration required) reported in April, including that the deal was being priced at 90 percent of net asset value based on a 31 December valuation date, valuing the company at around $7 billion.

Continuation nations
On the subject of continuation funds, Secondaries Investor has compiled this map of where the largest of these transactions have occurred to date.

India’s biggest buyers
India has attracted big PE bucks during the pandemic. Deal value, including $26.5 billion-worth of investments across Jio and Reliance Retail, climbed 38 percent to $61 billion in 2020, according to a new report from Bain & Co. The chart below outlines last year’s biggest bulls.

More growth funds
Growth equity funds continue to make hay during the pandemic. Permira is back in market with its sophomore growth vehicle and is seeking $2.5 billion, the Wall Street Journal reports (subscription required). The firm collected $1.7 billion for its 2018-vintage predecessor against a $2 billion target, according to PEI data. If you missed this week’s Growth Equity Special Report, you can read it here.

Stamp Carlyle-ctor
Any PE philatelists (that’s stamp collectors to you and me) out there might have spotted a familiar name at a recent Sotheby’s auction. Carlyle founder David Rubenstein bought the plate block of four of the ‘Inverted Jenny’ for $4.9 million, a record for US stamps, the Financial Times reports (subscription required). The Inverted Jenny is a US Airmail stamp from 1918 in which the plane was accidentally printed upside down. The proceeds will go to charitable ventures.