“Virtually every plan, every institutional investor, that we talk to is wrestling with the challenge of lower future rates of return.” 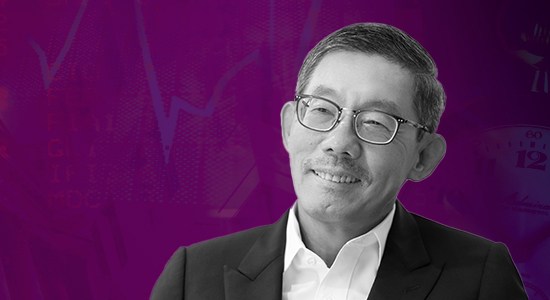 Temasek in the middle
As one of the world’s most sophisticated global private equity investors, it’s no secret that Singapore’s Temasek has developed a hearty appetite for US and European private equity in recent years. This morning, it unveiled plans to expand its presence in those respective mid-markets. It will do so via a new S$4.5 billion ($3.3 billion; €2.9 billion) subsidiary 65 Equity Partners (so named for the year of Singapore’s independence). The entity, funded in part by the government, will also invest domestically in large corporations and across Southeast Asia’s high-growth new economy.

Private Equity International caught up with Temasek president and 65 Equity chief Tan Chong Lee to discuss its plans for the project. Spoiler alert: third-party capital raising is on the cards.

Temasek’s latest endeavour comes amid a concerted effort to make its presence felt in North America. In the four years to March 2019, the US was the recipient of the largest share of Temasek’s new investments: around $36 billion, or 15 percent of the total. A PEI Deep Dive last year examined this mission, which is spearheaded by Americas boss John Vaske. You can read that here.

A load of hot air?
There’s been a lot of noise around moving away from oil and gas investments in recent years. What to make then of a report published this month that found PE firms have invested around $1.1 trillion in energy assets since 2010, with that total “dominated” by fossil fuel holdings? Affiliate title New Private Markets reached out to 10 managers that are either raising or deploying funds totalling more than $40 billion with mandates allowing for oil and gas investments. NPM asked each firm how they plan to invest in the energy sector from any recently raised pools of capital earmarked for the fossil fuel industry. Here are some highlights from their responses below:

You can read the full article on New Private Markets here (registration required).

Secondaries tailwinds
Montana Board of Investment plans to use the secondaries market to opportunistically sell PE fund stakes and divest of non-strategic relationships, according to materials from its quarterly meeting last week. Our colleagues at Secondaries Investor have more details (registration required). The $25.3 billion institution has an actual allocation of 14.8 percent within a target range of 11 to 19 percent for the asset class. As with many investors of late, its recent performance has been stunning, generating a 41.6 percent time-weighted net return over the last 12 months. Outperformance in the wider market this year has resulted in a numerator effect for many institutional portfolios as PE outpaces other investment buckets. Blackstone president Jon Gray told analysts on its Q3 earnings call last week that the resulting over-allocations would be “very bullish” for its secondaries business.

Contra Costa County Employees’ Retirement Association made a $50 million commitment to Trident IX, according to the pension’s October retirement board meeting document.

The fund, managed by Stone Point Capital, is an upper-mid-market fund focused on the financial services sector. According to board documents, it targets control investments in buyouts, growth-oriented recapitalisations and de novo investment opportunities.

The pension previously committed $40 million to the fund’s predecessor, Trident VIII, which held its final close at $7 billion in 2019, exceeding its $5.75 billion target.

CCCERA’s recent commitments have primarily been to buyout funds targeting investments in multiple sectors. The pension allocates 10.4 percent of its investment portfolio to private equity.

For more information on CCCERA, as well as more than 5,900 other institutions, check out the PEI database.

Today’s letter was prepared by Alex Lynn with Michael Baruch. and Toby Mitchenall