“Do I wish I’d never started the second fund? I think that would still be a fair statement.”

UK private equity veteran Jon Moulton reflects on the unsuccessful second Better Capital fund, in an article in which he calls time on his long PE career. 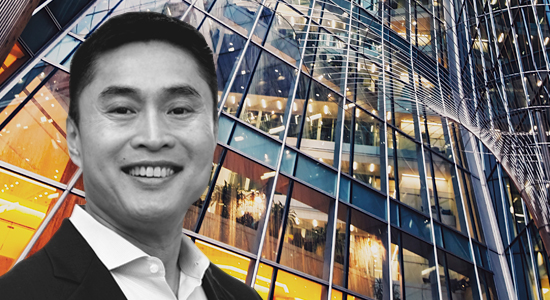 Leveraging 20 percent of your assets may not seem like a big deal to a PE professional (or even a homeowner), but for a giant pension fund it is exactly that. To recap: this week California Public Employees’ Retirement System’s CIO Yu (Ben) Meng outlined a bold new strategy to meet its investment goals within the next 10 years, which could involve leveraging as much as 20 percent of the value of the fund (roughly $80 billion) as a way to grow its presence in private equity and private credit. The strategy – dubbed “Toward a 7 Percent Solution” – is designed to help the pension plan, which is 71 percent funded, meet its 7 percent return target.

Meng told Bloomberg the strategy also involved raising CalPERS’s 8 percent private equity allocation target “a few percentage points” as well as building out a “small position” in private credit. CalPERS is already among the largest investors in PE in dollar terms (watch out for the launch in July of our first ever Global Investor 100 ranking) and it writes big tickets. Documents for this week’s meeting reported $1 billion commitments to funds from Oaktree Capital Management and Oak Hill Advisers, two private credit shops. The fund also committed $1 billion to Blackstone‘s second long-hold fund, Blackstone Core Equity Partners II. Staff can make commitments of up to $2 billion without board approval. The plan was predictably met with mixed reactions.

Malaysia’s state-backed fund manager Permodalan Nasional Berhad, an organisation with big plans in private equity, is looking for a new chief exec after the incumbent resigned after roughly eight months on the job. In a series of tweets on Monday, Jalil Rasheed said he’d stood down following “abusive phone calls from private numbers” and hacking on his LinkedIn account, noting that he would not waiver in his principles and citing “a line [he] would not cross” in his decision to leave. PNB confirmed the resignation and said it would announce his successor following regulatory approvals, per a statement. The $70 billion institution plans to raise its private equity allocation from 2 percent to at least 6 percent by 2022, according to its 2019 annual report.

Elsewhere in the advisory community, it looks like Yaron Zafir, formerly head of secondaries at Rede Partners (one of the emerging powerhouses of fund placement), has hitched his wagon to another emerging fund placement powerhouse, according to his LinkedIn profile.

Clearer view. We surveyed investors in March and then in May (125 in total) and found a 75 percent increase among LPs having “good” visibility on the impact of covid-19 on the performance of their PE portfolio. Read the full report or download as PDF here.

Two Warburg Pincus alums have just raised €392 million from endowments and family offices for a debut fund with a difference. Corten Capital (London-based) will make just two or three investments from Fund I in tech-driven B2B services, information and software companies. This is not a pre-curser to a larger more diversified fund, the firm tells Side Letter, but a conscious decision to work with a concentrated portfolio.

Los Angeles County Employees’ Retirement Association has approved a €200 million commitment to CVC Capital Partners VIII, as mentioned during the institution’s June 2020 board of investments meeting.

The fund, managed by CVC Capital Partners, is a European-focused private equity buyout fund that focuses on multiple sectors including consumer, healthcare, industrials and financials.