“We’re asking people to change the behaviours and habits they’ve held for a very long time; in some cases, even their perception. That takes leadership commitment, because change is uncomfortable for any of us.”

Carlyle managing director and chief inclusion and diversity officer Kara Helander on why diversity initiatives need to be driven from the top. 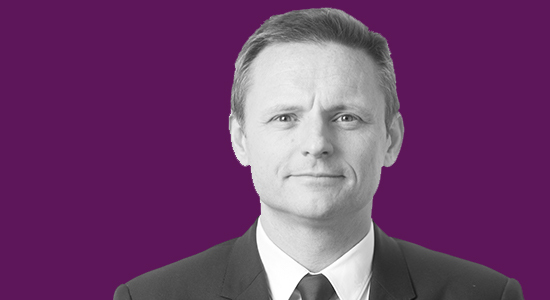 Expansion plans
Should we be surprised to see Waterland Private Equity Investments cruising to a €2.5 billion hard-cap in three months for its latest flagship fund (press release here)? Possibly not: the firm is frequently ranked among the world’s best performing managers.

Fund VIII is about 25 percent larger than its predecessor, but “we are not planning to hunt for bigger deals”, group managing partner Frank Vlayen tells Side Letter. The firm is sticking to its mid-market buy-and-build thesis, but doing so with a bigger team over a bigger geographic area.

The firm has added around 20 people to its investment staff (now around 80) and spent the last few years opening offices around northern Europe. It has just added a Paris office, and opened in Switzerland and Ireland in 2018 and 2019 respectively. No more locations are planned for the next year or so, but expect the firm to plant a flag in Southern Europe and go deeper into the Nordics (currently it only has a Denmark office) during the life of this fund. “The longer-term strategy is to be a pan European fund,” says Vlayen. “We have made good progress on that, but there is some more to do.”

On the prospects for returns amid the pandemic, Vlayen says: “Overall we would expect it to be a good vintage… it’s a good point in the cycle to be making investments.” He notes, however, that this is not a “straightforward” cycle with different sectors reacting in different ways. “It will be a matter of selecting the market you invest in carefully… also taking into account some other macro events that are ahead of us, such as Brexit of course.”

Carlyle spin-out bulks up
Carlyle Group spin-out Alterra Capital Partners has added ESG expertise to its bench, with the hires of Seynabou Ba and Rochelle Chetty as senior advisor and head of ESG respectively. Ba joins from the International Finance Corporation and Chetty from Standard Bank Group. Africa-focused Alterra was created this year by the former Africa team from Carlyle (website here) and operates from offices in Lagos and Johannesburg.

Eurazeo has won on a €420 million mandate to invest insurance sector capital into French healthcare companies, the firm said in a statement this morning. “Launched by the French Insurance Federation (FFA) and the Caisse des Dépôts, the… fund reflects the will of the insurance industry to commit to nurturing entrepreneurial and industrial projects in the healthcare sector in France,” the firm said.

The statement added that the pandemic had “highlighted the importance of increasing the country’s health and industrial sovereignty; that is the central focus of the Nov Santé fund…”

Vote now!
Today we have launched voting for our annual industry awards. They are always hotly contested, so be sure to have your say.

Higher calling
Long-term investment fund Cranemere Group has lost its CEO Jeff Zients, who is joining the incoming administration of President-elect Joseph Biden, reports sister publication Buyouts (registration or subscription required). He is slated to become Biden’s covid-19 response co-ordinator (pending confirmation by the Senate). Other private equity-linked candidates for the new administration include two partners from Pine Island Capital Partners, a mid-market firm that trades on its senior links to government and the military.

LP meetings. It’s Monday, so here are some LP meetings to watch out for this week.
14 December