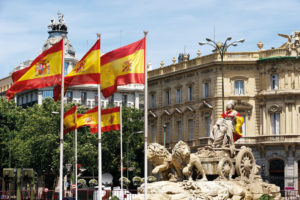 A decade on from the onset of the global financial crisis, its effects on the Spanish economy are still deeply ingrained in the minds of many in the nation’s business community. The ensuing downturn in Spain was both deep and prolonged, leaving more than a quarter of the country’s working population unemployed in 2013 and a banking sector in crisis. The pain inflicted will long be remembered.

Nevertheless, with Spain’s economy now outperforming most of the rest of Europe since its recovery began in 2014, it is also possible to reflect on some of the more positive developments to come out of that era. Not only did the banking market undergo much-needed reform, but the difficult domestic market accelerated many companies’ international expansion plans as they sought to diversify revenues away from Spain, while also leading them to become more efficient, Enrique Centelles, managing partner of GED Capital, explains.

“There are now valuable opportunities in the Spanish lower mid-market,” he says. “During the crisis, companies slimmed down, kept their debt levels at bay, were creative and made a significant effort to look for other markets to export their products.”

In 2018, Spanish exports increased by nearly 3 percent compared with 2017 to €285 billion, according to the Spanish Ministry for Economy and Business, and up from the 2016 figure of €255 billion. The country’s smaller companies in particular are strong exporters: the 2018 report Internationalisation of European SMEs found that 46 percent of Spain’s SMEs had exported to another country, compared with an average of 29 percent across the five largest EU member countries and 12 percent in Italy.

Both those with and without exporting experience put financial constraints at the top of the list of barriers to selling overseas. Enter private equity.

“We see more and more companies who are looking for an equity partner to improve strategy and operations, and finance their international growth ambitions,” says Sherpa Capital’s chief executive and executive president Eduardo Navarro. “This type of opportunity didn’t exist a few years ago.”

It’s a trend borne out by the numbers: in 2018, the Spanish industry association ASCRI reported a record year for deal value at €5.84 billion, with 2019 so far continuing this trend as H1 figures show more than €4 billion of private equity transactions completed. A large proportion of the volume – around 80 percent for both periods – was accounted for by large international funds. Yet the past few years have also seen a rise in the number of mid-market transactions in Spain – up from just 17 throughout the whole of 2017 to 31 in the first half of 2019 alone.

Overall, says Juan Leach, managing partner at Miura Private Equity, the private equity market is maturing. “There are more than 300 local and international GPs with an investment capacity of more than €25 billion and close to 2,500 portfolio companies, of which 90 percent are SMEs,” he says. “The total labour force of portfolio companies exceeds 400,000 employees and revenues total €50 billion.”

Some of the market’s activity is still inevitably concentrated on domestic consolidation. As Leach says, “the private equity industry currently faces a highly fragmented landscape of Spanish SMEs – there are still some very good opportunities for regional consolidation here”.

Yet, international expansion is clearly on the minds of many management teams and family owners. “There is a lot of opportunity based around growth, especially since the crisis,” says David Santos, partner in Alantra’s Spanish private equity team. “Where previously, we were looking more at improving efficiency and strengthening management, our focus is increasingly on operational improvement to help drive growth, especially international growth – Spanish companies are exporting more and becoming more present on an international stage across Europe, but also the Americas and Asia.”

This is the case even in smaller companies. Meridia Capital’s private equity arm, for example, invests at the lower mid-market end of the spectrum. “We target good companies that could benefit from our help on certain parts of the business to get it to the next level,” says David Torralba, Meridia’s partner in private equity. “We might help institutionalise processes and bring in high-quality management team members, for example, to help the company internationalise.”

There is an undeniable trend towards an internationalisation of Spain’s businesses. This, combined with a strong domestic economy, is reflected in the rising interest of international private equity firms. Yet, for the most part, the home-grown private equity firms in Spain are only just starting to spread their wings beyond the country in a meaningful way.

Earlier this year, MCH announced a strategic alliance with French player Eurazeo, which became an anchor investor in the firm’s latest fund, targeting €400 million. While the arrangement had as much to do with Eurazeo’s ambitions to become a more international player, MCH benefits equally from improved networks outside Spain.

“We remain independent, but the alliance gives us a more global flavour,” explains José María Muñoz, senior partner at MCH Private Equity. “Along with being able to share best practice, it also gives our younger team members the opportunity to spend time in another market.”

However, despite moves such as this, there are no truly pan-European private equity players originating from Spain – yet.

“The challenge for the industry in Spain,” says Santos, “is for it to become more international so that it can support portfolio companies and offer more diversified products to investors. It’s a sign of the relative immaturity of private equity here that it is still local in essence. But there is the right experience, a solid knowledge base and teams can show some strong track records now. Our French neighbours, for example, have created pan-European firms and so I think it’s just a matter of time.”

While there has clearly been a shift in mindset among many of Spain’s entrepreneurs and business owners, there is still more work to be done by the private equity industry to unlock further potential growth.

“Private equity in Spain is now much more professional than previously,” says David Torralba, private equity partner at Meridia Capital. “Yet we need to work on helping entrepreneurs here to understand the benefits of private equity. Many businesses have been more used to raising capital from the banks.”

Eduardo Navarro, chief executive and executive president of Sherpa Capital, agrees. “While the general acceptance of private equity among entrepreneurs is increasing in Spain, we still have some way to go. What will help are more success stories of companies realising their full potential with the help of private equity owners.”

Some also point to the fact that, in some businesses, language can be a barrier to international expansion, which can limit ambition. “We sometimes see businesses that are only focused on Spain or Latin America and where no-one speaks English,” says Xavier Alvarez, director at venture capital firm Caixa Capital Risc.

“Yet we want to back businesses that can become truly international. We tend to take an initial stake and at a later stage, bring in international investors alongside us – we can only do that with companies with an international outlook. We also invest in Portugal, which is obviously a smaller market and there, we find that entrepreneurs think globally from the outset.”