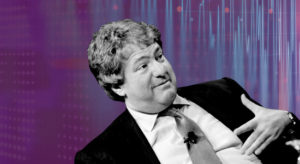 What could possibly slow the fundraising machine that is Apollo Global Management? At the start of August, we reported that the firm had raised a cool $100 billion in the previous three months alone. A dislocated market is normally Apollo’s time to shine.

But the firm lost some of its lustre due to the reported connection between firm co-founder Leon Black and convicted sex offender Jeffrey Epstein, whose arrest and subsequent suicide in 2019 made headlines.

The relationship between Black and Epstein had already been questioned by some investors, as we reported in the summer of 2019. At the time, Black had shared a memo with Apollo employees to address the “intense press coverage” of Epstein following his arrest, which included stories concerning Epstein’s role as a director of Black’s family foundation. The memo also circulated among some LPs.

The issue was brought to the fore again in 2020 by an October article in the New York Times titled “The billionaire who stood by Jeffrey Epstein”. The Times went into detail about the personal and financial connections between the two men and highlighted “at least $50 million” that Black paid Epstein for trust and estate planning advice. The article prompted Black to write to limited partners reiterating that, while Epstein did provide estate planning and tax advice to Black personally, he never did any business with Apollo.

A spokesman for Black wrote: “Mr Black was completely unaware of, and continues to be appalled by, the reprehensible conduct that surfaced at the end of 2018 and led to the federal criminal charges brought against Mr Epstein and deeply regrets having had any involvement with him. Importantly, there has never been an allegation by anyone, including the New York Times, that Mr Black engaged in any wrongdoing or inappropriate conduct.”

Now Apollo is hoping that an internal review – conducted by the firm’s conflicts committee – will convince investors that all the facts are known, and that the link between the two men can be consigned to history. In the meantime, however, some investors – such as the Pennsylvania Public School Employees’ Retirement System, according to a Financial Times report – are holding off on new commitments to the firm’s funds. “Despite our progress in fundraising…we expected that some investors may look to pause new commitments to Apollo over the near term, at least until the independent review being conducted by the conflicts committee has been completed,” chief financial officer Martin Kelly said on the firm’s third-quarter earnings call in October.

While some investors have have taken a pause, the Apollo fundraising machine has slowed little overall: the $18.4 billion in third-party capital raised by the end of Q3 was already in line with the firm’s typical annual range of $15 billion and $20 billion.