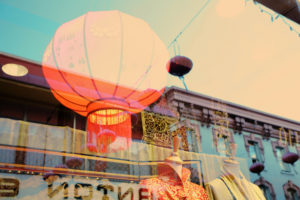 Asia Alternatives, the San Francisco-headquartered fund of funds manager, is seeking $1.3 billion for its latest flagship.

AACP VI will target 20 to 25 fund managers across Asia-Pacific, according to an August investment document from Minnesota State Board of Investment seen by Private Equity International. Roughly half of the money will be deployed in Greater China, 20 to 40 percent Japan and South Korea, 15 to 25 percent in India and 10 to 15 percent in Southeast Asia and Australia.

About 90 percent of the capital will back independent Asia-based firms, with the remainder allocated to managers affiliated with US or European private equity managers, the document said. Between 20 to 30 percent of the capital will participate in “structured primaries,” whereby Asia Alternatives anchors emerging funds launched by experienced groups that have previously worked together.

Another 20 to 30 percent will pursue direct co-investments and secondaries purchases of LP interests.

Examples of the firm’s prior commitments include the 2013-vintage MBK Partners III, the 2016-vintage Hosen Investment Fund III and 2016-vintage GenBridge Capital Fund I, according to PEI data.

Asia Alternatives, which has offices in Hong Kong, Beijing and Shanghai, raised $1.5 billion for its 2017-vintage AACP V against a $1.3 billion target. Its previous fund, the $948 million, 2015-vintage AACP IV, generated a 1.3x net multiple of invested capital, 0.2x distributed to paid in multiple and 12.9 percent net internal rate of return as of 31 December 2019, the Minnesota document said.

“Because the depth of proven private equity managers across Asia is relatively small, Asia Alternatives believes that concentrating the fund’s investments with proven, top-performing managers is necessary to help ensure overall attractive returns,” the document states.

Asia-Pacific private equity has experienced a flight to familiarity during the pandemic, with fund sizes rising in recent years as capital flocks to brand names and larger funds. The average amount raised for regional funds was $386 million in 2019 and $379 million in 2020, up from $294 million in 2017 and $321 million in 2018, according to PEI data. In the first half of 2021, the average amount climbed to $481 million.

Despite these headline figures, fundraising in Asia has been on the decline since 2018. Managers raised a combined $82.4 billion that year, followed by $73 billion in 2019 and $52.4 billion in 2020. In the first half of this year, managers have collected about $36 billion.