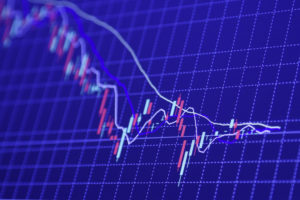 Fiscal 2019 was not the best year for California Public Employees’ Retirement System from a returns standpoint: the pension plan missed its 7 percent actuarial return target, reporting a preliminary return of 6.7 percent – down from 8.6 percent in 2018.

Its private equity returns fell by more than half to 7.7 percent from 16.1 percent in fiscal 2018.

“While we did not achieve our 7 percent actuarial return target this fiscal year, I can’t stress strongly enough that we are long-term investors,” chief investment officer Ben Meng said in a statement. “We make decisions based on an investment horizon that stretches across years and even decades.”

Private equity produced the highest returns among all asset classes over the three- and five-year periods, but its returns will likely be discussed at the CalPERS board of administration offsite meeting from 15 to 17 July, as the asset class has been earmarked as the key to achieving the 7 percent actuarial return target.

“[If] there’s only one asset class that is forecasted to deliver more than 7 percent of return, you need that asset class in the portfolio, and you need more of it,” Meng said of private equity at a February board meeting.

A presentation Meng prepared for that meeting underscored the importance of private equity to CalPERS’ portfolio. Having no allocation to private equity in CalPERS’ portfolio would generate an overall expected return of 6.7 percent and an employer contribution rate of 34 percent, while an 8 percent allocation (CalPERS’ current level) would increase the expected rate of return to 7 percent and bring down the employer contribution rate to 31 percent.

“Relatively speaking, private equity is probably the better place to be given our liquidity profile,” Meng said at the March board meeting. “We need private equity to be successful. We need more of it and we need it sooner rather than later.”

The pension system has taken several steps in order to expand its $27.64 billion private equity programme over the next few years.

The approval, in principle, at the March board meeting to add two “direct” private equity strategies, Pillars III and IV (the Innovation and Horizon strategies), to its strategic business model will help CalPERS invest up to an additional $20 billion. CalPERS is also working on a new plan to restart its co-investment programme, which was suspended in 2016.