The €32.8 billion FRR wants to increase its exposure to the asset class to as much as 5 percent of total assets, from 3 percent, over the next three-to-five years, executive director Olivier Rousseau told Private Equity International.

The asset allocation plan will set out the supplemental pension fund’s allocation plan over the next two decades and will enable the fund to allocate a higher portion in illiquid assets, Rousseau added. Its supervisory board is set to review the plan in April.

FRR is also planning almost €1 billion of additional private equity commitments over the next two years, he said.

The larger allocation from the programme could mean “more opportunities to invest in more funds”, including extra capital in existing mandates and for selecting new managers.

He added that FRR is keen to back more tech investments in France this year via venture capital and growth funds.

FRR is a publicly owned, state-funded agency which was established by France’s Social Security Financing Act of 1999. It aims to secure the sustainability of public finances by building up reserves and managing these assets to contribute to France’s pension system.

FRR’s first private equity programme, which ran from 2005-07, invested in Europe and North America across a number of strategies, including growth, venture capital and secondaries. It awarded a total of around €1 billion to funds managed by Ardian, Access Capital Partners, Neuberger Berman and Pantheon Ventures, Rousseau said.

Its second programme, also around €1 billion in size, began in 2015 and is almost fully deployed, Rousseau said. The programme committed €400 million to funds of funds managed by Ardian, LGT Capital Partners and Swen Capital Partners and close to €200 million of venture capital mandates to Idinvest Partners, Truffle Capital and Omnes Capital. Growth equity commitments came up to nearly €300 million in funds managed by LBO France and Isatis Capital.

Small and mid-cap managers are a priority for the pension because they are better value than the large buyout shops, Rousseau said.

“We believe that finding small and mid-cap deals is better for the financing of the economy because there is already plenty of money available for the large-cap [deals],” Rousseau said. Small- and mid-caps also allow capital to be spread fairly across regions, he added.

“Capital for larger deals will inevitably end up in the Paris region and a bit of Lyon, but with small and mid-cap deals, these will be invested across the larger French territory.”

FRR is also prohibited by law from investing directly in individual stocks, bonds and real assets and can only invest in private equity through fund commitments. 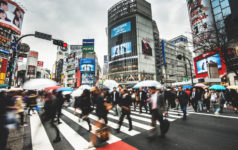 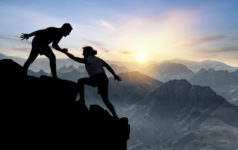 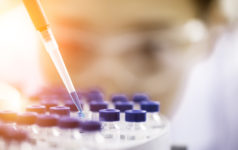 Private Equity News & Analysis 10 hours ago
Added to your Saved Articles
Loading
Unsave Article
Please confirm you would like to remove this article from your saved articles.
Share with other subscribers
Only logged in subscribers of this site will be able to access the shared article.