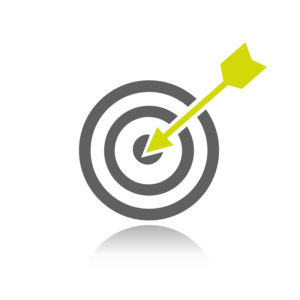 Devoted readers of the PEI 300 may be surprised to see China’s Hillhouse Capital displaced from its usual spot as Asia’s highest-ranking firm. That’s because China Merchants Capital debuted on the list at an impressive number 27, with $19.1 billion raised over the qualifying five-year period.

Make no mistake, CMC didn’t raise that capital in the 12 months since last year’s ranking, a feat that even the likes of Blackstone or KKR might struggle to achieve. Its omission from prior editions of the PEI 300 is due in part to the comparative opacity of China’s private equity market.

However, a Private Equity International profile of CMC helped shed light on the scale of the firm.

Originally the investment arm of China Merchants Group – a state-owned conglomerate spanning finance, transportation and property – CMC launched as a fully-fledged private equity manager in 2012. As of November 2020, it oversaw 277.4 billion yuan ($42 billion; €35 billion) of assets under management across real estate, infrastructure and private equity, of which about 80 percent was allocated to the latter, according to data provided by the firm.

CMC managed 37 private equity funds at the time and employed around 260 people in Beijing, Shenzhen and Hong Kong, two-thirds of them investment professionals. Its capital stems from government entities, private companies and domestic financial institutions.

For a GP to be so large and yet comparatively unknown overseas is not unusual for China, which is awash with recondite fund managers. Previous estimates put the number of firms there anywhere between several hundred to the tens of thousands, according to the Cheung Kong Graduate School of Business.

China Everbright climbed nine places from last year’s PEI 300, driven in part by a 10 billion yuan first close of its 2020 vintage Everbright Belt & Road Green Fund, which is seeking 20 billion yuan to make fund commitments and direct investments in areas such as green manufacturing and energy.

Since 2019, China Everbright has been planning a larger number of dollar-denominated fundraises and to expand its LP base to include a greater number of investors overseas, PEI reported at the time. CMC, meanwhile, is planning to roll out more real estate, infrastructure and mezzanine debt fund products for international investors, chief executive Rizhong Zhang told PEI in November.

With these one-stop-shops now setting their sights on new, and vast, sources of capital, it may not be long before they catch up to the mega-firms that dominate the PEI 300’s upper tiers.