“People with 15 or 20 years’ experience are probably going to come from the same socio-economic background.” 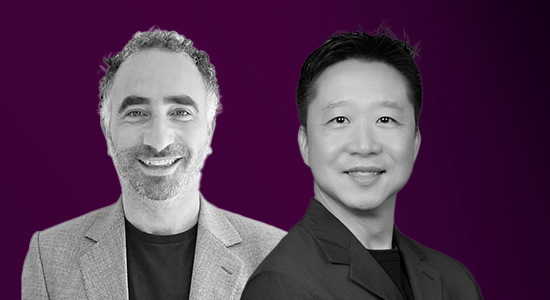 How to Thrive in Asia and beyond
This morning, Private Equity International broke the news that a group of former executives from Eaton Partners had reunited to form Thrive Alternatives, a tech-enabled GP advisory firm. It is led by co-chiefs Gianluca d’Angelo, who formerly served as Eaton’s EMEA head in London, and Jackson Chan, former co-head of Asia and head of Asia distribution.

Thrive’s launch is noteworthy for several reasons – not least because of its scale. The firm, which formally launches today, already employs more than 20 staff across eight countries, making it larger than the advisory teams of some global investment banks. Thrive’s size is made more impressive by the timing and location of its launch. Six of its eight markets are in Asia, a region that has seen many placement agents opting to move in-house to GPs during the pandemic.

What also caught our eye was the “proprietary software” it will use to make the placement process more efficient. While the two co-chiefs were coy about precisely how the technology will work, the advisory industry seems ripe for disruption. PEI’s October cover story will be looking at how the placement agent business are attempting to cope with a deluge of client requests during the pandemic, and the ways in which advisors are adapting to a tougher fundraising environment. Keep an eye out for that in the magazine, out tomorrow.

Dear LP: What’s on your mind?
If you’re an LP and haven’t already responded to this year’s LP Perspectives survey, there’s still time. Our research colleagues want to hear from all investors globally – on an anonymous basis – about your PE investment plans in 2022. Now in its 10th year, the survey results will be published in a special report for PEI subscribers in December. Click here to take part. A $5 donation to UNICEF’s Afghanistan Emergency campaign will be made for every completed set of responses.

Forming a bond
Three PE mega-firms are tapping debt markets to complete one of the largest buyout deals this side of the Global Financial Crisis. Blackstone, Carlyle Group and Hellman & Friedman will raise almost $15 billion of debt on Thursday via bond and loan markets to help fund their $34 billion acquisition of US medical manufacturer Medline, the Financial Times reports. Club deals have been on the rise during the pandemic as cheap debt, an abundance of dry powder and voracious appetites for co-investments enable firms to take down higher targets. In the UK, for example, the value of club deals rose 28 percent to £10.3 billion ($14.1 billion; €12.1 billion) in the year to end-June, according to law firm Mayer Brown.

Quick Inflexion
Inflexion, the London-headquartered mid-market firm, has marked its 11th investment this year with a majority stake acquisition in global fire detector testing equipment maker Detectortesters. The deal, understood to be worth £125 million ($168 million; €145 million), was made through its 2019-vintage Buyout Fund V. Inflexion has deployed £1 billion this year and has made six exits in last 12 months, per a statement about the transaction.

Ryan’s Glow up
Justin Ryan, a former managing partner and 10-year veteran of Australian PE stalwart Quadrant Private Equity, has co-founded a growth equity firm Down Under, the Australian Financial Review reports. Glow Capital Partners is co-led by Kate Morris, founder of Quadrant portfolio company Adore Beauty. The firm will have a 50:50 gender equity mandate for its employees, and has appointed Natalie Meyenn, MLC‘s former PE chief, to its investment committee. It’s an interesting time to be launching a growth play in Australia – a market dominated by fiercely competitive buyouts.