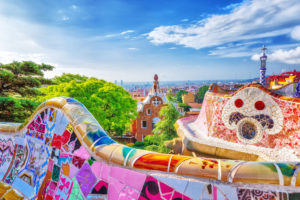 Private equity-backed transactions in Spain hit a record high in the first half of 2019.

There were 328 deals amounting to €4 billion in the six months to June, the highest recorded since Spanish private equity and venture capital association ASCRI started gathering data in the 1990s.

According to a report from the industry association, deal activity was 20 percent higher than during the same period last year, when 324 transactions totalling €3.3 billion were recorded.

Deals exceeding €100 million and backed by international GPs, including KKR, Permira Advisers and EQT, made up the bulk of the investments by value during H1, the report noted.

Miguel Zurita, chairman of ASCRI told Private Equity International: “It’s the right environment now in Spain, with the country growing above average compared with the rest of the European Union. With the right infrastructure, healthy corporate landscape and rule of law, Spain has become an investible space.”

Spain suffered severely during the global financial crisis. However, Zurita said that export-oriented and highly innovative companies had emerged since then.

Fundraising by Spain-dedicated firms was down by 25 percent on H1 2018 to €625 million. According to ASCRI, this is because most Spanish mid-market firms had wrapped up fundraising in the last four years.

Although deal and fundraising figures have been positive, Zurita noted that there was still a lot to be done to develop Spain’s private equity industry. Among the issues he said would need to be tackled were regulatory constraints on Spanish pensions funds’ PE allocations, the lack of flexibility of domestic investment funds, and the tax treatment of carried interest.