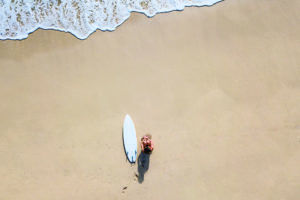 While the conventional wisdom has it that summer in financial services is a time for unplugging, beach reads and maybe a Mai Tai – or at least enough of a break from the action to focus on longer-term strategic priorities – this summer seems to have been a little different.

Just as there is pent-up demand in the travel and hospitality areas as spenders reacclimate to a ‘post-covid’, or ‘new-covid’ normal, pent-up demand from previously stymied primary and secondary markets has kept participants busy.

US PE deal-making is on a record-setting pace through Q2 with more than 3,700 deals worth more than $450 billion, thanks to the continued economic recovery, low interest rates and robust dry powder stores, according to Pitchbook’s Q2 ’21 US PE Breakdown.

As this was an atypical summer, market participants have deviated from their usual patterns. Private Equity International caught up with three sources from across the market to hear how their firms are spending the summer months.

Break from the action

“Normally pre-covid we would have a summer strategy project,” said Kristoffer Melinder, managing partner at Nordic Capital. This year, however, they’re not running it.

The firm will have deals and projects running over the summer, “but if these are not time-critical, we will try to make sure that everyone gets time to recover”, said Melinder.

“The last 15 months have been very intense – from covid to all the activity and the intensity of the markets we are in. People need time to rest. We’re very aware of that.”

Batten down the hatches

For London-headquartered secondaries adviser and placement agent Cebile Capital, which in May said it had agreed to be acquired by the $ 1 trillion financial services group Raymond James Financial, this summer is about building out the team.

Like many advisers, “we’re doing a tonne of hiring”, thanks in part to “an acute talent shortage in the industry”, said founder Sunaina Sinha Haldea. There aren’t enough people with the experience needed to take down the increased velocity of deals and new transaction types in secondaries, she added.

That gap necessitates a broad search: “If I think about our best talents, they’ve come from a little sideways,” said Sinha Haldea, “folks who were really good on the placement side [or came laterally from other areas] that we made into secondaries professionals.”

“That’s my A, B and C project for the summer: I need five people yesterday.”

School’s (not) out for summer

Typically, the group would have invested its spare time into longer-term strategic initiatives or team-building activities. At present, the system is overloaded with much more demand for deals than capacity, according to Lucas.

With the frenetic pace of deal-making this summer – the average timeline for mid-market deal-making has compressed by nearly half – the firm has been totally focused in its wheelhouse: helping GPs assess market size, growth prospects and other threshold issues that help formulate their investment theses for specific deals.