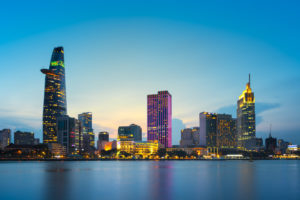 Mekong Capital, a Vietnam-based private equity firm, has returned to market and could more than double the size of its previous fund, Private Equity International has learned.

The Ho Chi Minh City-headquartered firm is expected to reach the $250 million hard-cap for Mekong Enterprise IV by early 2020, according to a source with knowledge of the matter. The fund, which has a $200 million target, has been in market since early September.

Mekong collected $112 million against a $150 million target for its 2015-vintage Fund III, according to PEI data. That fund is fully invested across nine deals, the source added.

Mekong’s $50 million Mekong Enterprise Fund II, a 2006-vintage, delivered a 4.6x net return multiple and 22.7 percent, according to its website. The firm’s $3.5 million investment in the now-listed MobileWorld in 2007 delivered a 61.1 percent gross IRR and 57x return multiple over a 10.5-year holding period, during which it gradually sold blocks of shares.

Private equity firms completed 38 deals in Vietnam last year, a 41 percent increase from 2017 and a peak for this decade, according to the Global M&A Review 2018 from business information publisher Bureau Van Dijk. Spending more than tripled to $1.6 billion, second only to Singapore at $7 billion and on a par with Indonesia at $1.7 billion in South-East Asia.

Vietnam’s economy also received an 8 percent boost from Q1 2018 to the first quarter of this year following a shift in production from China due to the US-Sino trade war, according to Japanese investment bank Nomura.