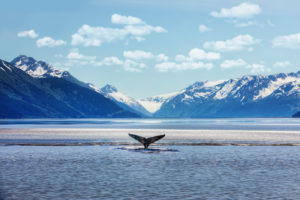 Alaska Permanent Fund has received offers to spin out its $19 billion alternatives business, documents from the sovereign wealth fund’s latest board of trustees meeting show.

The $68.24 billion investor has received “unsolicited proposals to partially outsource and invest” its alternative asset investment unit from potential strategic partners, the fund noted in documents for its 19-20 February quarterly meeting.

The interest in its alternatives business has come from active managers of public equities seeking to grow into private markets and alternatives, it is understood.

Such options have not been pursued nor explored, according to the documents.

Private equity accounts for the bulk of this at $9.5 billion, according to the meeting documents.

Instead, a joint venture on its alternatives business could be beneficial for the SWF by allowing it to maintain management and process continuity via a new entity, while being cheaper than outsourcing investments, the documents note. Alaska would still be able to retain customised and appropriate governance over the new entity.

The SWF would need to carefully consider which strategies to include, team composition and transitions, an execution timetable and cost implications, among others, according to the documents.

Alaska’s alternatives team has also been battling to retain investment staff, referred to as a “critical risk” in the documents. At least two staff have received offers at between 2.5 and 3.5 times current compensation.

The SWF has made employment offers to qualified candidates which have been rejected, it notes.

Its private equity unit, which has been described as “rock stars” by at least one GP who has worked with the team, has the equivalent of only 3.5 full-time investment staff – much lower than other North American public institutional investors. The California State Teachers’ Retirement System, for example, has 29 full-time investment professionals in PE; Teacher Retirement System of Texas has 20; Canada Pension Plan Investment Board has 155, the documents note.

Alaska notes its chief investment officer Marcus Frampton is paid around $357,000 – a figure far lower than the CIOs of CalSTRS and CPPIB who receive around $1 million and $3.5 million respectively.

Alaska is itself familiar with seeding private equity managers. In 2018 it launched Capital Constellation, a $700 million emerging manager seeding platform, in partnership with RPMI Railpen and Public Institution for Social Security of Kuwait. One of its first commitments was to Motive Partners, a New York and London-based fintech investor, and it is also understood to have backed Cranemere Group, a UK holding company that acquires equity stakes in US and European private businesses.

The SWF’s private equity and special opportunities portfolio beat its benchmark across three-year, five-year and 10-year periods, according to the documents. On a one-year time frame the portfolio underperformed its benchmark by 50 basis points.