Investors in Blackstone’s debut infrastructure fund find themselves in a tricky position, one that raises questions about alignment of interests and responsible investing many may not have considered.

Third-party LPs in the manager’s open-ended vehicle are mostly US state endowments and pensions that committed to a blind pool seeking to invest $40 billion mostly in US infrastructure. But thanks to a record $20 billion anchor commitment from Saudi Arabia’s Public Investment Fund, they are now in partnership with a sovereign wealth fund backed by a government accused of being involved in the murder of an innocent man.

That’s driven home by the fact crown prince Mohammed bin Salman – who is embroiled in the allegations concerning the disappearance and murder of the journalist Jamal Khashoggi – is the PIF’s chairman.

Investors in Blackstone’s fund which value ESG are looking down a murky two-way street, one where they will need to question what sort of standards they hold themselves to if they’re planning to demand other managers and companies they invest with make money in a responsible way.

ESG aside, the PIF’s presence could create potential financial pitfalls for the fund’s other LPs, which they have a fiduciary duty to consider. For example, will sanctions – which some US politicians are calling for – make investing the US-focused fund untenable? Will state and local governments allow a tainted, undemocratic regime to profit from public infrastructure? Can Blackstone collect new commitments when the PIF’s shadow looms large over its fund?

Blackstone executives said on an earnings call in mid-October that in the face of near-term challenges, the focus should be on the long-term business. “We’ve been concerned about what we’ve been reading the last couple weeks,” chief operating officer Jonathan Gray admitted. “That said, we take a long-term approach both to our relationships and to building businesses.”

Fair enough, but what was left unsaid is the likelihood that this is going to be business as usual when dealing with a partner like Saudi Arabia. Since committing to Blackstone’s fund last May, the kingdom has furthered a war in Yemen at tremendous human cost; detained almost 400 people in a hotel, including former government ministers and members of the royal family, over corruption charges; and shut down diplomatic and trade relations with Canada when one of the country’s ministers tweeted about human-rights concerns.

Someone who works at a US institutional investor that isn’t committed to Blackstone’s infrastructure fund told us last week that “old investment people have had driven into us that priority of fiduciary duty to our beneficiaries is everything”.

That’s shorthand for prioritising returns and we don’t disagree: maximising returns should indeed come first, but the year is 2018. Increasingly, beneficiaries and the investors that represent them believe it’s possible to do that without sacrificing what they believe in – and they will seek partnerships that deliver on that.

As BlackRock chief executive Larry Fink wrote in his annual letter this year, companies need to find their “sense of purpose”, as society demands companies benefit the greater public good.

Following Khashoggi’s disappearance two sources from LPs committed to Blackstone’s fund told us there were internal discussions about the situation, but they were waiting to see what Blackstone’s decision on the matter would be. A third source – who contacted us anonymously, claiming to work for a large US pension committed to the vehicle – said they are “quite concerned” with the fund’s PIF connection.

Right now, investors should pause for self-examination. That goes for Blackstone too, even though they’ve made clear they are setting their sights on the long term.

At the end of the day, limited partnerships are all about alignment of interests. As events unfold, it’s up to investors in Blackstone’s fund to determine how aligned their interests really are with Saudi Arabia and the PIF. 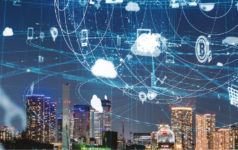