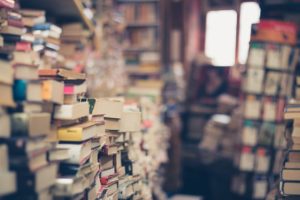 A strategy that became popular during the private equity fundraising bull market of the past few years has come under scrutiny in the pandemic-fueled downturn.

Over the past few years, brand-name firms have come back to market with new funds quicker than some LPs anticipated. GPs will raise funds and then “put them on the shelf” before starting to invest them, as they work through remaining capital in the prior fund. During this time, the GP is not charging fees or calling capital.

This has been an accepted practice, even though LPs would privately express annoyance at the aggressive fundraising pace of some GPs.

In an era of tight liquidity, however, some LPs are questioning the strategy. CVC Capital Partners was on the receiving end of the pushback this week.

The firm is raising what could become the biggest fund of the year, targeting €18 billion for its eighth flagship pool. Its prior fund was about 67 percent deployed earlier this year, Chris Stadler, managing partner at CVC, said during a presentation to the investment committee of the Pennsylvania State Employees’ Retirement System.

But the firm is not expecting to start investing the fund until the first half of 2021, Stadler said. CVC still has about $5 billion left to deploy out of the prior pool.

The pension’s full board approved a €50 million pledge to Fund VIII Tuesday. But two members of the committee voted to not make the commitment.

One of them, Pennsylvania’s treasurer Joe Torsella, questioned the firm’s touting of its ability to invest in opportunities created by the pandemic-fueled economic downturn. By activating the fund next year, Fund VIII won’t be taking advantage of current opportunities, he said.

Torsella also said returns for the years after past crises showed lower performance compared with the firm’s overall performance multiple of 2.6x.

Instead of trying to figure out when a fund is going to finish deploying, the firm sticks to a consistent fundraising schedule, CVC’s Stadler explained.

“Because of the vicissitudes of the investment cycles, we’ve kind of signalled in advance when we’re going to raise it and then we don’t turn it on until it’s ready,” Stadler said.

The year 2010 stands out, with weaker performance caused by the loss of UK vending machine company Autobar from Fund V, Stadler said. Autobar was taken over by a group of investors including York Capital and Angelo, Gordon in a debt restructuring process in 2014, the Financial Times reported.

CVC is charging a relatively low management fee on the fund at 1.425 percent on committed capital, according to documents from the New Jersey Division of Investment. After the investment period, the fund will charge 1.25 percent of unreturned cost.

The firm has a lower-than-market preferred return of 6 percent, which the GP has to meet before it starts collecting its 20 percent share of investment profits, sister publication Buyouts previously reported.

CVC closed Fund VII on €16 billion in 2017. Fund VII was generating a 1.05x total value to paid-in multiple as of February, according to performance information from the New Jersey Division of Investment. A spokesman for the firm declined to comment.

LPs have increasingly scrutinised GPs for coming back with new funds earlier than anticipated, especially when they feel the GPs are fudging the deployment levels of the prior fund.