GLP, an investor in logistics real estate with $50 billion in assets under management, has made a dramatic entry into the world of private equity, raising 10 billion yuan ($1.6 billion; €1.3 billion) for a debut fund.

Through its newly created private equity unit – called Hidden Hill Capital – the firm will use its knowledge of the logistics ecosystem to invest capital into “companies employing technology to enhance efficiency in the logistics industry”, said co-founder and chief executive of GLP Ming Mei.

“We started investing GLP’s balance sheet capital in adjacent emerging technologies – robotics, AI – and over time we had institutional investors coming to ask us first for advice, then if they could invest alongside us,” Mei told Private Equity International. “We thought it was maybe time to institutionalise it.”

The fund has a similar structure to other private equity vehicles, but with a seven-year life span and two one-year extensions. Mei declined to comment on specifics relating to fees but described it as a “traditional 2-and-20 type arrangement”.

Investors in the fund – a mixture of insurance companies such as China Post Capital, strategic investors and other institutions – are expecting a net IRR of “north of 20 percent” said Mei.

The 10 billion yuan raised constitutes a first close, but more capital – potentially a US dollar sleeve – could be raised in the same vehicle. GLP accounted for 2 billion yuan.

GLP “is committed to expanding this platform through establishing new funds and further asset recycling”, according to a statement from the company due to be released this week.

The firm is headquartered in Singapore, but Hidden Hill’s investment activity will be predominantly focused on China and is being led by two GLP executives – Higashi Michihiro and Richard Dong. “We are not limited to China, but at this point – because of our leading platform – this is where we are focused,” said Mei.“We expect the opportunity to develop in other regions as well.”

Mei formed GLP – originally known as Global Logistic Properties – alongside his mentor, the late industrial property veteran Jeff Schwartz, via a $1.3 billion purchase of Chinese and Japanese assets from rival Prologis in 2009.

In March, the firm formed a $2 billion joint venture with Brookfield Asset Management to install solar panels on about 20 million square feet – roughly 10 percent – of its Chinese rooftops from which tenants can benefit from renewable energy supplies.

– Jonathan Brasse contributed to this report. 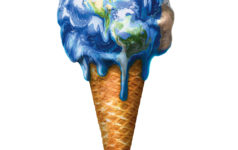