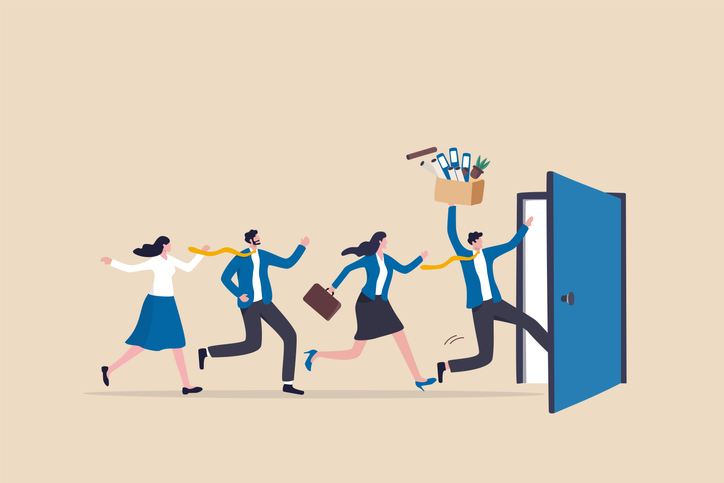 “It’s a challenge that will ultimately derail our success.” That’s how Steve Moseley, the then-head of alternative investments at Alaska Permanent Fund Corporation, described the talent crunch facing many US public institutions in a Capital Allocators podcast last year.

True enough, recruitment and retention have since become a major issue for the $81 billion sovereign wealth fund. APFC has witnessed an “unprecedented” number of staff leaving this year, according to a July board meeting. Moseley himself is among them: the former Stepstone president returned to New York in June to join Wafra as a managing director after almost eight years in Juneau.

“The root cause is a dated compensation structure that is materially below par,” APFC’s acting chief executive Val Mertz noted during the meeting. In an attempt to stem the outflows, the institution has included an incentive scheme for investment staff in its 2022 fiscal year budget and pledged to review compensation.

Whether APFC’s efforts will have the desired outcome remains to be seen. After all, three-quarters of its public fund peers and virtually all private sector peers already offer incentive compensation, per a report from data platform McGlagan. Even so, retention remains a prevalent issue.

New York City Retirement System is another that has seen multiple senior losses. The institution, which oversees $265 billion of assets across five pensions, has seen at least six departures since May last year, including chief investment officer Alex Doñé and senior investment officers Cristian Norambuena and Katja Salovaara.

GPs aren’t immune to this pain. According to EY’s 2022 Global Private Equity Survey, respondents reported that talent management was the top priority aside from asset growth, with some 68 percent of firms with at least $15 billion in assets under management reporting as much.

Staff turnover, especially at the senior level, is a big deal for LPs. Personal connections and longstanding relationships matter in PE. Losing executives with decades-long experience and intellectual capital when it comes to hunting the best opportunities can be debilitating.

The stakes have never been higher. Not only has the workload for LPs increased – funds were seeking $1.25 trillion as of June, according to PEI data – but so too has the complexity of the tasks at hand.

Single-asset deals, for example, have become so time-sensitive that many investors have insufficient time to process and manage such transactions, forcing them to sell by default. “For an LP, [single-asset deals] take about 20 to 40 hours of work – it’s the last thing you want to see,” a former senior executive at a US LP told Private Equity International this week.

With fundraising congestion and difficult market conditions requiring investors to look particularly closely at opportunities on their desk, the need for experienced staff is only likely to increase. LPs must find ways to attract and retain key talent or risk being left behind.