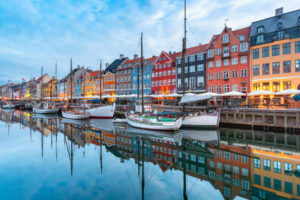 The Copenhagen-headquartered firm will target between €300 million and €400 million and has the capacity to raise up to €799 million, according to a source familiar with the matter. Nordic institutional investors have been pre-approved for the fundraise.

The fund will be raised in parallel with ATP PEP VII, an €800 million vehicle funded solely by ATP, and invest alongside it on a pro rata basis, the source said. ATP PEP VII was first revealed in a statement on Friday.

Fund VII will be the same size as the 2018-vintage Fund VI and continue its strategy of pursing North American and European fund managers, the source noted. Fund VI was ATP PEP’s first to exclude venture capital and focus on larger fund commitments as the institution sought to reduce complexity and ensure its GPs met certain ESG requirements, PEI reported in 2018.

The firm closed its New York office that year.

In 2018, Mubadala Investment Company, the investment arm of Abu Dhabi’s second-largest sovereign wealth fund, said in a statement that it would partner with SoftBank to create a $400 million venture capital fund. The prior year, Paris-headquartered Ardian closed a $2.5 billion secondaries deal with Mubadala in a transaction that involved the SWF managing third-party capital for the first time.

Danish pension ATP, which has around €123 billion in assets under management, has committed DKr 75 billion to ATP PEP since inception in 2001. The firm has 11 dedicated professionals with over 120 years of combined experience.