“I would say we’re in a climate crisis, just like a financial crisis, where action needs to be taken,” governor of the Bank of England, Mark Carney, told the BBC at the end of December. “A question for every company, every financial institution, is: what’s your plan?” 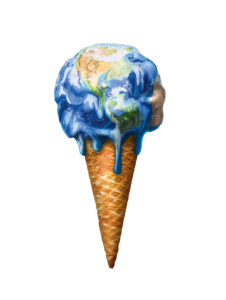 As former chairman of the UK’s Financial Stability Board that backs the Task Force on Climate-related Financial Disclosures, Carney’s is a powerful voice urging the asset management industry to move faster to address rising global temperatures. Increasing numbers of LPs, pushed by a diverse set of stakeholders, already are. For them, the threat to future portfolio returns is clear.

“There is growing awareness that climate change is the key risk to investment performance and long-term financial success”
Sean Collins, Oxfordshire County Council

“Climate risk applies to all companies,” says Millot. “The power that we have as large asset owners is to push companies and governments to do the right thing to decarbonise the economy so we can stay invested and continue to honour our fiduciary obligations vis-a-vis our retirees in a way that is prudent and diversified.”

Funds across the spectrum have recognised the danger. Anna Follér, sustainability manager at the Sixth Swedish National Pension Fund (AP6), which manages SKr35 billion ($3.7 billion; €3.3 billion) targeted at unlisted assets, reiterates the concern. “For us, sustainable development is fundamental to the well-being of future generations, and for generating an economic return for future pensioners,” she says. “Climate change will affect our ability to generate that high-level long-term return. It’s an important question that spans the portfolio.”

“There is growing awareness that climate change is the key risk to investment performance and long-term financial success,” says Sean Collins, service manager (pensions) at Oxfordshire County Council, which runs the £2.5 billion ($3.3 billion; €2.9 billion) Oxfordshire Pension Fund. The fund, with a 7.2 percent allocation to private equity, is currently developing its first climate change policy. “The biggest challenge is how to address the risk and the opportunity,” Collins adds.

In turn, LP scrutiny of their GPs’ approach to the issue is intensifying. “With climate change in particular, we have seen a significant ramp up of client queries in the last six to nine months,” says Alex Scott, partner at Pantheon and co-head of the firm’s ESG committee. As a fund of funds and co-investor with $47 billion of private markets assets under management, the firm has a bird’s-eye view over both sides of the LP-GP fence. Scott adds: “Stakeholders are lobbying pension funds and government entities and they need to be seen to be doing something. The first thing institutional investors ask is, ‘What’s going on in our portfolio?’”

Going forward, managers can expect to be asked more climate-related questions in ESG fund due diligence and monitoring. “Our investors take their responsibility to address the topic very seriously,” says Adam Heltzer, Partners Group head of ESG and sustainability.

“They want managers to have an intelligent understanding of how climate impacts the portfolio, where the greatest risks are and how to mitigate them on behalf of their clients. They are not prescriptive in suggesting what we should do, but they want us to have an approach. It’s, ‘Please don’t say you are investing in renewables and that’s the extent of your responsibility. Show us you’re doing something substantive.’”

LP/GP discussions of climate change are getting more sophisticated. “In very basic terms, the conversation has shifted from, ‘Do you know what climate change is?’ to, ‘How are you assessing and managing this risk (or opportunity) for your assets?’” says David Russell, head of responsible investment at USS, one of the UK’s largest occupational pension schemes with £64 billion ($83 billion; €74 billion) of assets under management.

The physical risk climate change poses to underlying investments is evident. As a GP, Heltzer notes that extreme weather is a key one, pointing to a restaurant chain in its portfolio that had to close one of its outlets in California for a few days due to wildfires. Inevitably, the business lost revenue. The Australian bushfires have prompted firms like Sydney-based Adamantem to consider climate change a key investment risk.

“If we don’t act on this and take it seriously, we will lose the faith, confidence and trust of our clients, employees, colleagues and government counterparts and regulators”
Adam Heltzer, Partners Group.

LPs are also concerned about the regulatory risk inherent in any future government climate-related initiatives. Echoing the Principles for Responsible Investment’s work on the Inevitable Policy Response, which argues that governments will be forced to act more decisively on climate change than the market currently expects, Collins notes: “There will be inevitable political consequences, like the introduction of a carbon tax. If you don’t buy in you will make losses.”

And LPs want to know if their GPs are capturing the opportunity present in transition to a low-carbon economy through the creation of new markets, infrastructure, technologies and products and consumer demands, as well as the operational upside from factors such as improved energy efficiency. “If we don’t act on this and take it seriously, we will lose the faith, confidence and trust of our clients, employees, colleagues and government counterparts and regulators,” acknowledges Heltzer.

The questions LPs are asking

So what information are LPs asking for? Five years ago, when AP6 began to incorporate climate change into its ESG questionnaire, it focused on carbon emissions, a typical starting point despite the fact that it is far from an exact science.

“We’d like to see more transparency around carbon emissions in privately held companies,” says Follér. However, she adds that while carbon emissions data are “tangible and quantifiable” and more GPs are collecting it, “it’s also one piece of the puzzle”. Over time, the fund’s approach has undergone a significant shift, she notes, expanding its focus from simply emissions to how climate change impacts the portfolio. Overall, both the fund and its GPs have become more forward-looking, she adds.

For USS, at “a high level, our priorities will be on gathering more data on climate exposure and the management of it from our GPs,” says Russell. “The exact ask will vary depending on the industry or sector being invested in – what is relevant for real estate will be different to oil and gas. In the former we’ll be interested, for example, in how they are improving energy efficiency, reducing water usage and managing flood risk, whereas in the latter we’d be asking about such issues as measuring and reducing emissions from production facilities or leakage from pipelines and the impact of carbon pricing on demand and how they are responding to climate-related policy risk.”

However, there are limitations on what information LPs can expect to receive. “The investor universe knows it needs to be doing something, but it’s still learning about what information it can gather,” says Scott. “The challenge is working out what you can do in a private equity context,” he says, noting that in public markets the information flow is faster and more consistent and often includes statutory reporting on emissions.

“A pension fund invests across multiple asset classes and they are grappling with what to ask [their diverse set of fund managers]. At the moment it’s largely confined to broadly worded questionnaires,” he adds.

Another break on collecting climate-related information is lack of availability. “The vast majority of GPs simply don’t collect this data,” says Russell. “But we are beginning to see a change – leading GPs have, or are now beginning to collect, appropriate carbon footprint data. However, footprinting is just one aspect of managing climate risk – it tells you where you have been, not where you are going.”

To help grow a culture of transparency, Follér cautions LPs not to apply a one-size-fits-all approach to GPs. “You need to be balanced in requirements and be aware that there this a huge spread of maturity among [portfolio] companies,” she says. “They may be in sectors that are not so carbon intense or at an early stage and have other priorities. Here dialogue [with our GPs] is important. If they have a good rationale for not requiring emissions reporting [from their investee companies], we can understand that.”

LPs also need to take into account that for GPs, it is easier to obtain relevant data from businesses based in certain markets. “[For] European assets in jurisdictions where there is greater sense of regulatory action or impending action, it’s an easier conversation,” says Heltzer. “In the US it’s more difficult.”

In the US, investor focus remains on economic returns, notes David Fann, chief executive at fund advisor TorreyCove Capital Partners. “Clearly, given the challenges the Californians have faced with the wildfires, it has become top of mind for some of my Californian [LP] clients. It’s happening in their backyard. But the challenge is nobody has created a good framework for mapping climate change from a private equity perspective.”

This divergence between European and Canadian LPs on one side and their US counterparts on the other is perhaps not surprising given the absence of US government engagement with the topic. “The US stand on climate change is less than participatory of late,” says Fann, pointing to its withdrawal from the Paris climate accord.

With GPs that do not yet realise the significance of climate issues, “we try to educate them”, says Millot, noting that promoting the fund’s climate objectives is easier in new relationships where the terms of engagement are not yet set.

“We lead by example and increasingly we are going to take a more demanding approach,” he notes. Given the pension fund’s 2050 net-zero carbon ambitions, “for GPs and external funds that don’t do anything on climate, I’m not sure we’ll be investing with them in the future”.

Prodded by LP scrutiny and regulators, GPs need to act. There are positive indicators that this is happening. “We are now seeing leading GPs undertaking carbon footprints for their portfolios, and even committing to complete TCFD reporting,” says Russell. “So while private equity as a whole has some way to go, we are beginning to see moves in the right direction.”

1 Have you identified any climate change-related risks or opportunities that could potentially have a significant impact on the return of any of your funds or of individual holdings?

3 Do you ask portfolio companies to report their greenhouse gas emissions?

The Financial Stability Board’s Task Force on Climate-related Financial Disclosures is forcing the private equity industry to rethink its approach to global warming.

For many LPs (and GPs) grappling with the wide-ranging complexities of climate change impacts, the UK Financial Stability Board’s Task Force on Climate-related Financial Disclosures has offered some welcome structure.

Backed by Bank of England governor Mark Carney and its chairman, US businessman Michael Bloomberg, the company financial disclosure framework that covers governance, strategy, risk management and metrics and targets, has credibility.

“It’s had a big impact,” says Scott. “In ESG you see a lot of initiatives, but the TCFD is one that people are getting behind. It has scale and momentum.”

The recommendations have reach and clout. “The TCFD requires all UK-listed companies and large asset owners such as USS to report on their climate-related financial risks and, as it applies to all assets classes, data-gathering will be a top priority going forward,” says Russell.

However, it is not totally fit for private equity purposes. Focused as it is on listed entities there is an “insufficient push in regards to private companies”, says Millot. “TCFD reporting should be applied to all companies public and private, big and small. They should all be doing it in the same way they should all fill in tax forms,” he says.