Sponsors are better placed than before to deal with the fallout from rising leverage and the proliferation of covenant-lite loans which pose a risk to private equity, according to UBS.

Speaking at a leveraged finance seminar organised by the investment bank on Wednesday, managing director, global co-head of leveraged finance and leveraged capital markets, David Slade, said competition among lenders has led to the return of some signs that portended the last financial crisis, particularly in Europe.

The extension of deal leverage of seven or eight times is becoming increasingly common, as continental commercial banks use aggressive financing terms to muscle onto deals, Slade said. Law firms are also more adversarial in trying to arrange the best financing terms for clients, with US firms leading the charge.

“You’ll have a lot of terms in a transaction which aren’t necessarily relevant to that investment,” said Slade. “It’s more about setting a precedent that ‘this now appears in all of our deals’.

If too much leverage and lax documentation cause a lending crisis, it is likely to be less severe than 10 years ago and sponsors will be better placed to deal with it, Slade said. In the run-up to the financial crisis collateralised loan obligations accounted for more than 75 percent of primary demand. When the CLO market froze in June 2007, three quarters of demand suddenly disappeared, leading to a complete crash.

“Now you have a complete diversification of investors in terms of managed funds, managed accounts, long-term tied up money, insurance funds, CLOs,” Slade said. CLOs account for around a third of demand, he added.

More borrower-friendly terms could prove beneficial in the event of a crisis, according to Simona Maellare, global co-head of financial sponsors coverage at UBS. Sponsors and companies will not have to renegotiate the terms of their loans unless in they are in real difficulty. The quality of general partners and their portfolios is also better than it was 10 years ago, making them less reliant on leverage for growth and more resilient to shocks.

“I think we are financing better companies”, Maellare said. “The performance of the portfolios is phenomenal. We are seeing organic EBITDA growth, sponsors being much more hands-on in cutting costs but also in growing and acquiring. If a crisis hit us tomorrow, I think we’d have as banks and investors a much better portfolio than when we went into the [last] crisis.” 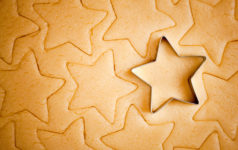 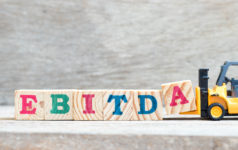 Story of the Year: How trustworthy is EBITDA?

LP Tearsheet 11 hours ago
Added to your Saved Articles
Loading
Unsave Article
Please confirm you would like to remove this article from your saved articles.
Share with other subscribers
Only logged in subscribers of this site will be able to access the shared article.