This year’s LP Perspectives Survey shows investors eager to deploy additional capital across private equity: nearly two in five plan to increase allocations in the coming 12 months and only about one in 10 plan to deploy less capital. Just under one-third of this year’s respondents report they are under allocated compared with one in five respondents in last year’s survey.

Sam Metland, head of private equity for Citco Fund Services, offers a potential explanation for these feelings of under allocation and the plans to beef up exposure across alternative asset classes. Instead of grouping alternatives at the bottom of the allocation column, as has historically been standard industry practice, Metland says, “the way that people are looking at it now is, you take that private debt allocation, for example, that you had in the bottom 5 percent and you lift it up and put it in a row next to bond ETFs, bond funds, syndicated loan funds and private lending funds”.

So, rather than having to squeeze alternative investments into a 5 percent bucket, investors can grow them into a relatively larger piece of a much larger bucket.

Private Equity International reported in November that the 10 largest funds closed in October raised a collective $53.5 billion, the most collected during a single month so far this year. If the industry continues at this rate, the three months to the end of the year will comfortably outstrip the $134 billion raised in the fourth quarter of last year.

But GPs appear to be doing more than just launching new funds for deal-thirsty LPs. More than two-thirds of respondents say they have seen at least occasional examples of style drift from GPs as strategies, teams and resources are shifted to keep up with the demands and preferences of a constantly evolving market.

This may be a reflection of investors’ interpretation of the economic cycle, as 72 percent list a possible recession as the most likely risk factor in terms of performance in the coming 12 months. But it may also be that investors are playing a game of “catch up”, according to Jennifer Choi, managing director of industry affairs at the Institutional Limited Partners Association: “We saw a surge in allocations to growth funds over the last decade because we were in a booming economy, and the survey results probably point to a potential overallocation to those strategies to the detriment of having some of these diversifying strategies in the portfolio.”

Also weighing heavily on investors’ minds is the ongoing US/China trade war. Sixty-one percent of respondents indicate it will likely have a negative impact on performance. While less concerning than fears of a looming recession, a trade war between these superpowers could be particularly impactful given that more than 80 percent of respondents are considering investments in the Asia-Pacific region in the coming 12 months.

Not all investors may be inclined to enter the Chinese market against this backdrop and amid the ongoing violent protests in Hong Kong, but Choi notes China is probably core to any Asia strategy and very hard to ignore for an LP that wants to have exposure to the region. “The relationships that the Chinese economy has across the region are critical,” Choi notes, and there is “a very deep set of investment opportunities” within the country. “I think investors are eager to see resolution and some progress made in the trade relationships between the US and China.”

Turning to niche strategies, respondents indicate that asset-backed lending and royalties are piquing their interest – 69 percent express interest in the former.

Metland notes that clients in the illiquids community with well-established private equity and private debt strategies are not often prone to stepping into asset-backed lending.

However, he has seen managers traditionally focused on liquid to fairly liquid bonds in the fixed income markets dipping their toes into the waters of illiquid markets through deployment of capital into strategies such as asset-backed lending, which, says Metland, “is a good way for people to come one step down, because you’re still a little bit remote. You’ve still got almost a securitisation vehicle there in the middle to make you not as directly exposed to the underlying assets, but you are picking up a little bit of that higher return”. 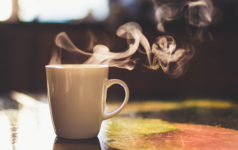 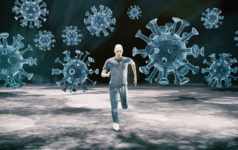