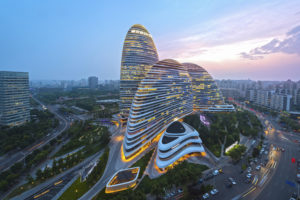 Centurium Capital Partners 2018 reached its $2 billion hard-cap, according to a statement from the firm. The fund launched in March last year and held a first close on $925 million in June that year.

Asia-Pacific limited partners provided as much as 40 percent of the capital with the remainder split evenly between North America versus Europe and Middle East, a source with knowledge of the fund told Private Equity International. Washington State Board of Investment committed $200 million, according to PEI data.

The firm was founded in 2017 by David Li, a former managing director and head of China at Warburg Pincus. Li spent 14 years there before leaving in 2016, according to LinkedIn profile.

Centurium Capital Partners 2018, which targets control and minority positions, had completed five investments as of Wednesday, including Luckin Coffee, which listed on the NASDAQ Stock Market in May, software platform Keking and eyewear retailer LOHO.

Centurium previously raised 6 billion yuan ($871 million; €772 million) across two funds, one of which is sponsored by Chinese ride-hailing business UCAR and the other by a local healthcare company. It has close to 20 investment professionals in Beijing and Hong Kong.